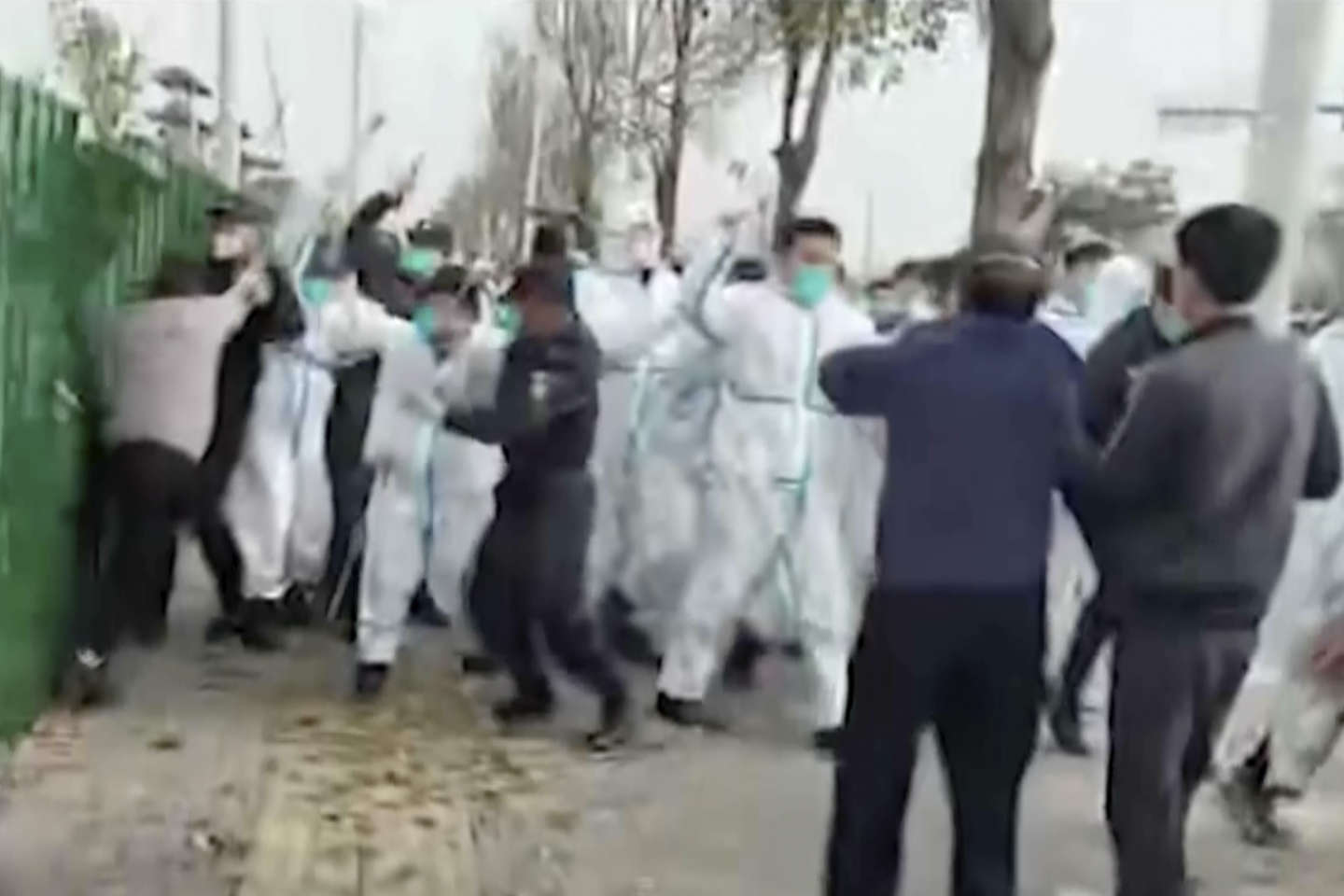 Confinement imposed in several districts of Zhengzhou amid protests

In Zhengzhou, 675 new cases of SARS-CoV-2 infection were reported, the vast majority of which were asymptomatic. In this central Chinese city, which saw violent protests Wednesday at the world’s largest iPhone factory, city officials on Thursday (November 24) placed several areas under quarantine due to the Covid-19 outbreak.

Residents of the city center are no longer allowed to leave the area without a negative Covid test and permission from local authorities, and are advised not to leave their homes. “if not needed”This was reported by the municipal authorities of Zhengzhou.

These restrictions, which will be in effect for five days from midnight Friday, will affect more than 6 million people, or about half of the city’s population. The authorities’ notice, issued following the workers’ protest, also requires all residents of the eight districts to undergo a daily PCR test over a five-day period.

Read also: Article reserved for our subscribers In China, “since Covid tests are paid for, far fewer people will be tested.”

The iPhone factory site, owned by Taiwan’s major technology group Foxconn, is not subject to local health restrictions. But it has been under Covid-19 restrictions for more than a month due to an increase in cases in its workers’ dormitories.

The site’s staff were mobilized on Wednesday over disagreements over the amount of the promised bonus, according to a worker interviewed by Agence France-Presse. The premium would have increased from 3000 to 30 yuan (from 400 to 4 euros).

Several employees are also dissatisfied with living conditions. “chaotic” on the site due to health restrictions, said a worker who wished to remain anonymous to avoid possible reprisals.

Foxconn issued an apology on Thursday, saying that “a technical error” in its payment system was the source of the problem with bonuses. The band says “to understand completely” workers’ concerns. “The company will also do its best to actively address reasonable employee concerns and requests.”said the Taiwanese company.

Read also: Article reserved for our subscribers China increasingly bogged down in its zero Covid policy

Last month workers, panicked by the unexpected closure of the factory, left the site on foot, some of them complaining about the disorganization prevailing on the site.

Under China’s strict “zero Covid” health policy that China is relentlessly pursuing, the slightest increase in cases is leading to entire towns being shut down and those who test positive being quarantined. But this strategy today causes fatigue and discontent of a significant part of the population.

China is the latest major economy to try to stem the spread of the coronavirus, a strategy that is causing weariness and discontent among much of the population as the pandemic soon enters its fourth year.

The number of daily Covid cases in the country hit a record high of 31,454 on Thursday, relatively small compared to China’s 1.4 billion but exceeding a peak recorded in mid-April when the metropolis of Shanghai was under lockdown.

Read also: Article reserved for our subscribers In China, the frustration of young people suffering from zero-Covid policy takes a political turn