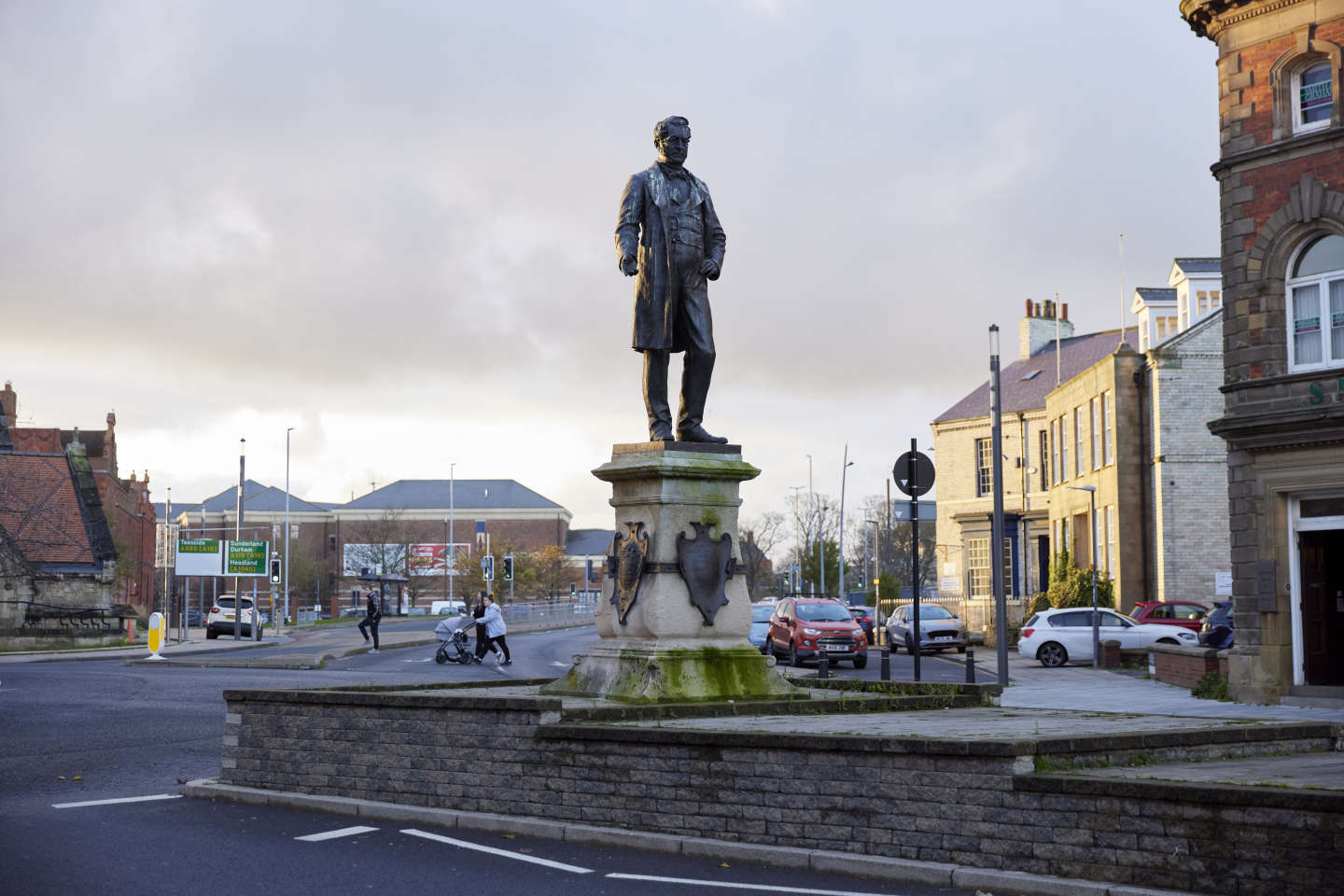 Faced with extreme poverty in England, the development of food banks

St. Dunstan’s Anglican Church, with its Norman spire and graveyard, contrasts with the rest of the neighborhood – streets lined with social housing. We are based in Tower Hamlets, one of London’s most contrasting areas: to the south, in the new financial center of Canary Wharf, and to the west, on the City side, billions of pounds are processed daily.

But in the heart of what was once known as the East End, the docks, the original destination of migration, the poverty rate is among the highest in the United Kingdom, with 39% of residents considered poor, i.e. those with incomes below 60 years old. % of the country’s median income, which was £2,560 (€2,950) per month in April.

This autumn Friday is the day food bank, a “food bank” in St. Dunstan. The span of the church is completely littered with food, six volunteers are busy. “Three family baskets, two individual ones with meat! », announces Sarah Smith, the officer in charge of the bank. The register is in her hand, she lists the names of the beneficiaries: Aisha, Asma, Shifaa … Everything is moving in a continuous stream.

Most of them are British mothers of Bangladeshi origin. a third of the population of Tower Hamlets. They admit that only their husbands work and that they have to take care of the children because it would be too expensive to look after them, and government assistance is only valid for children aged 3 and 4. Hence the need to collect free baskets.

“Many of those who come look upset, tense. Tensions are rising because of the fear of not being able to pay the bills.”, says Gregory Allen, one of the volunteers, a young retiree who has worked in the city for a long time. Alison Jones, another patron of the establishment who was in charge of parent relations at nearby Marion-Richardson Elementary School, brought leftover breakfast for parents and teachers.

In his institution, almost 40% of children are entitled to free school meals (free hot meals at school) because they live in families with an annual income of less than £7,400 (€8,500), which is the limit of eligibility. It is impossible to live decently with so little in London. Not even in Tower Hamlets, where renting a two-room apartment costs at least £2,000 (€2,300) a month.

Weakened by ten years of austerity

When Sarah Smith opened her “bank” in 2017, she first saw single men coming. Then the families came. There are now 560 names on its registry. The needs are such that this gentle and patient woman, herself from the area, worries about falling donations. “People were generous during the Covid epidemic, but they also suffered from the crisis. Sometimes you cannot give more than one or two meals. »

You have 75.61% of this article left to read. Further only for subscribers.