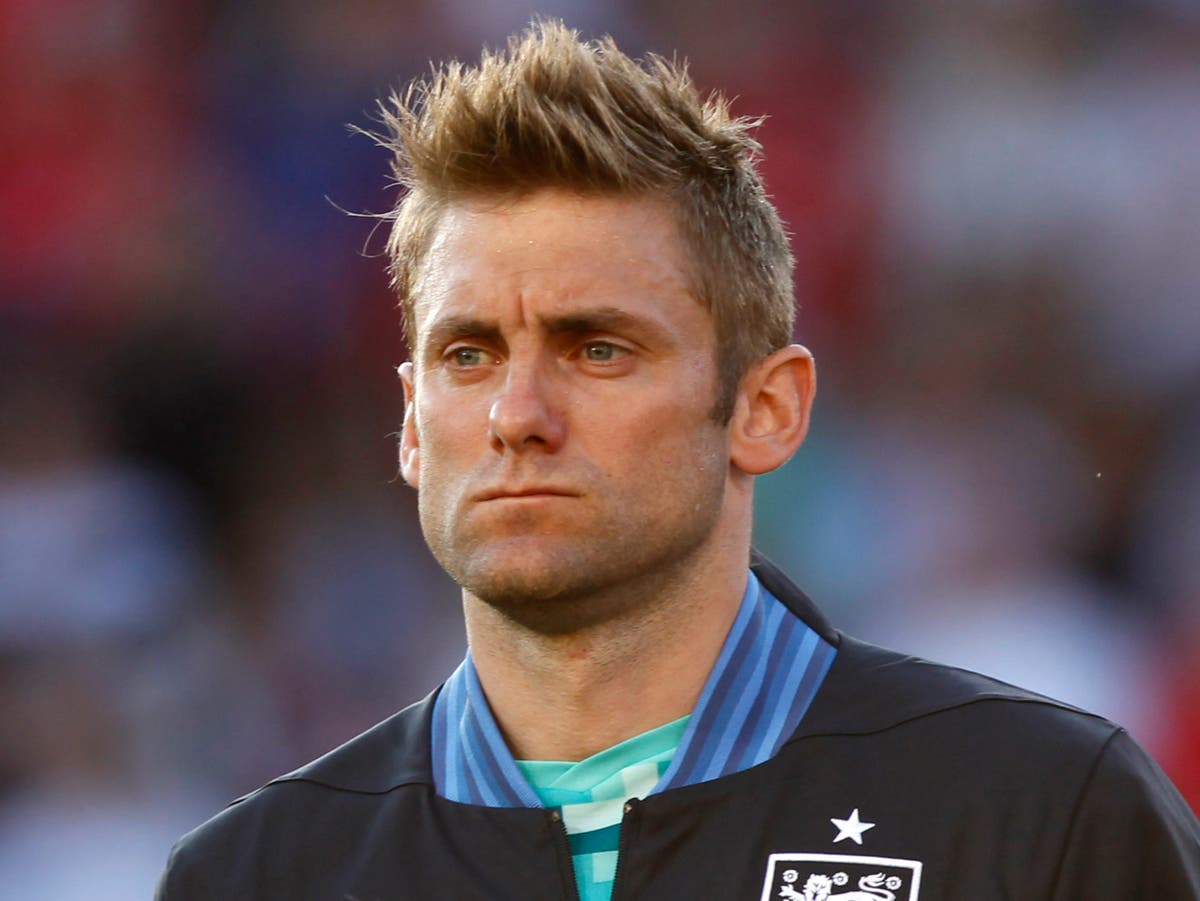 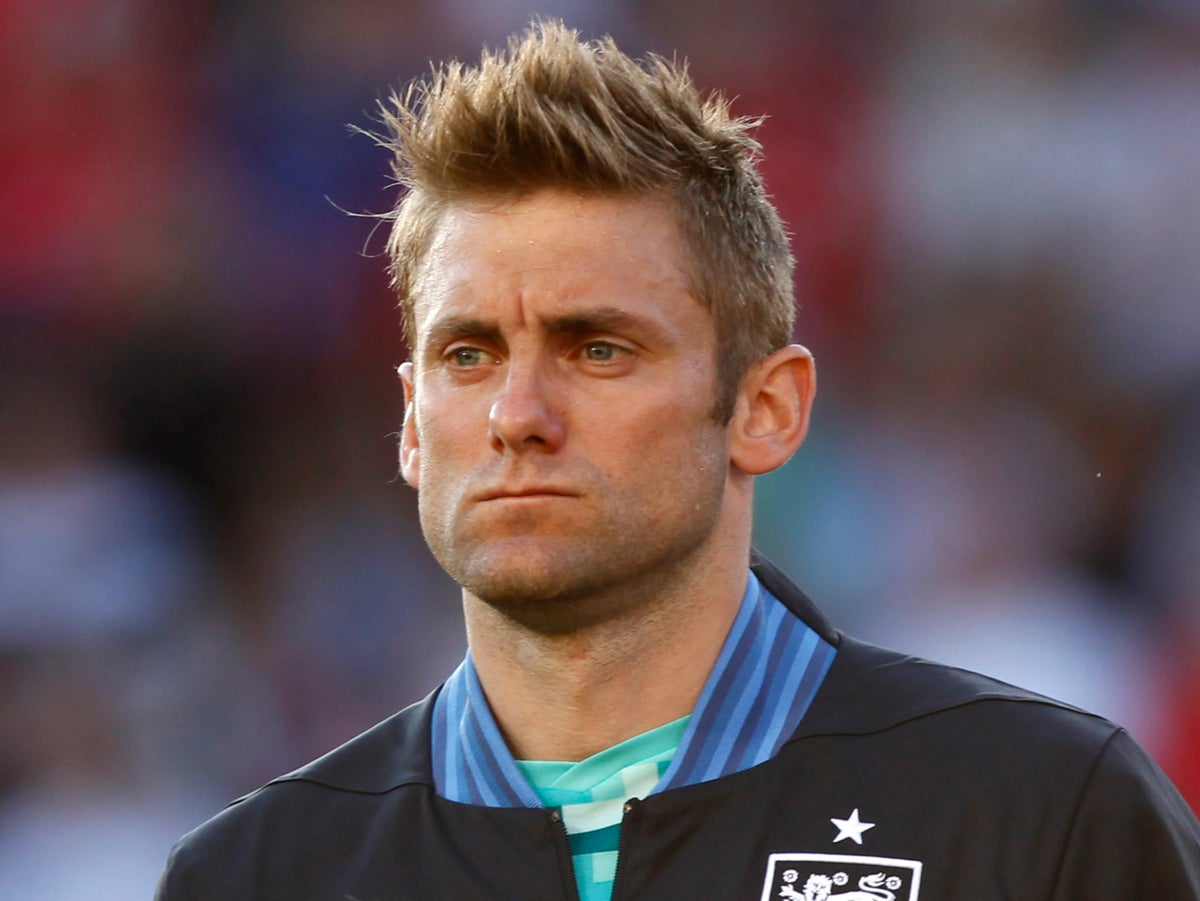 During his playing career, Rob Green made over 250 appearances in the Premier League, went to two major tournaments as an England international, and made it through to two Championship play-off finals – among many other honors as one of his country’s best goalkeepers.

But how did Green find himself standing in a 24x8ft space at the far end of the court, one of the smallest and widest in all of sport?

“I couldn’t run as a child,” he said Independent while stroking his chin – his pinky finger sticking out sharply from years of injury. “I am literally head on a stick – long and skinny.

“One day I scored a goal when I was six or seven years old, and I never came out. There’s a feeling of not being allowed out, more than anything else. My dad, who manages our Sunday league team, said he knew when I was eight that I was going to be a professional soccer player. Even if we were 15-0 up, I wasn’t allowed to go out of goal.”

Our discussion coincides with the release of the new BT Sport goalkeeping documentary What’s Special 1, which features interviews with a number of well-known goalkeepers. Jordan Pickford, Aaron Ramsdale and Ben Foster were among them, as were Neville Southall, Chloe Morgan and Rachel Brown-Finnis.

Green also played a key role, debunking the myths surrounding getting beaten at someone’s near post, diving in the “wrong hand” and more. The 42-year-old is clearly grateful for the opportunity to debunk some of the misconceptions, and he’s offering more insight when we talk about Zoom.

“You feel most at home when you’re part of a cohesive unit, when everyone agrees on a single goal,” says Green. “Playing for QPR in the 2014 Championship play-off final, Gary O’Neill was sent off and we only had half an hour to hang on, but you feel at home because you’re all involved together.

“But when you’re on a struggling team, you try to second-guess other people’s mistakes while also not making your own. Say at West Ham, when we were relegated, that’s when you feel very detached – when you think: ‘I’m not sure what you’re going to do here, and I’m not sure how I’m going to take you. get out of this because I have my own problems.’”

Green’s spells at West Ham and QPR followed a long spell at Norwich, where he began his career. He then joined Leeds, before retiring after stints at Huddersfield and Chelsea – although he did not feature for any competitive matches.

While fans of those clubs have many fond memories of Green – even Chelsea fans, realizing how loved he was in the dressing room – a more distant observer will read the goalkeeper’s name and immediately think of England’s 2010 World Cup opener.

While a number What’s Special 1Contributors were confronted with individual errors throughout the film, the goal Green conceded in England’s 1-1 draw against the US was striking in his absence – so much so that I’d be reluctant to mention it.

Ultimately, however, I noticed that he seemed to have the ability to shed his value as a person and a goal keeper from the incident.

“I don’t talk about it on the program because they never ask me. That’s not… Not that one…” He trailed off. “Realistically…” And again.

“I think Paul Robinson touched it with his [error against Croatia], that there’s nothing you would do differently in that scenario. You know right away what went wrong and how, so you can analyze it until the cows come home, or…

“It could have happened when I was 12 years old, or it could have happened at the World Cup. As one fault, it’s basically so small that you say: ‘Only the size of the game makes it that way.’ You put him on the bed. Yes, it takes more than 10 minutes of conversation, you go through a process, but you know you’re not going to make that mistake for the next 10 years – and I didn’t.”

Fabio Capello, England coach at the time, dropped Green for the remainder of the competition in South Africa, where the Three Lions were knocked out in the last 16 with a 4-1 loss to Germany.

“The problem with that tournament is that it’s built to be something much bigger than our real chance of winning it,” Green said. “We are far behind from Germany. People were saying: ‘Oh, Frank Lampard’s goal disallowed…’ We are excited. We got pumped by the better team that didn’t even win the tournament.

Capello, who drew the attention of the world’s media to him, might have thought: ‘If I don’t do something [after Green’s part in the USA’s goal]I’m there to cut.’”

Green has always found an escape from football in the cultural contrasts of art (“surrealism, street art, Keith Haring, Bridget Riley”) and music (“I think the last gig I was at was Caribou in Leeds”; plus I spied a banjo in back of her chair), but such distraction is no substitute for dealing with mental health issues head-on.

“I think using a sports psychologist is a huge step forward in football,” said Green. “Mental health may still be seen with the stigma: ‘That person needs help.’ That’s a stupid thing to say, because everyone needs help all the time.

“On a personal level, I’m going to look at this big deal, because that’s what I do with my job. You are overwhelmed by the size of the ball, it weighs you down.

“One moment that stood out to me was when I was at West Ham. I spoke to a psychologist, he totally retracted it, and the next day my wife said to me: ‘What do you think you’re going to do?’ I said: ‘We will win and I will be man of the match.’ We beat Tottenham 1-0.

“Finding someone to find out where you are, where you want to go and how you got there… It’s not about how far it goes, it’s where the next step takes you.”

Importantly, some of the lessons that Green learned as a goalie were also useful in his personal life.

“You made the best decision in life in that moment, and you stuck with it. You then have the ability to have fewer regrets in life.

“You just did the best you thought you could.”

BT Sport will premiere ‘The Special 1’, the latest documentary from BT Sport Films, on BT Sport 1 on Tuesday 8 February at 10.45pm. It’s also available to watch through BT Sport website and after application.