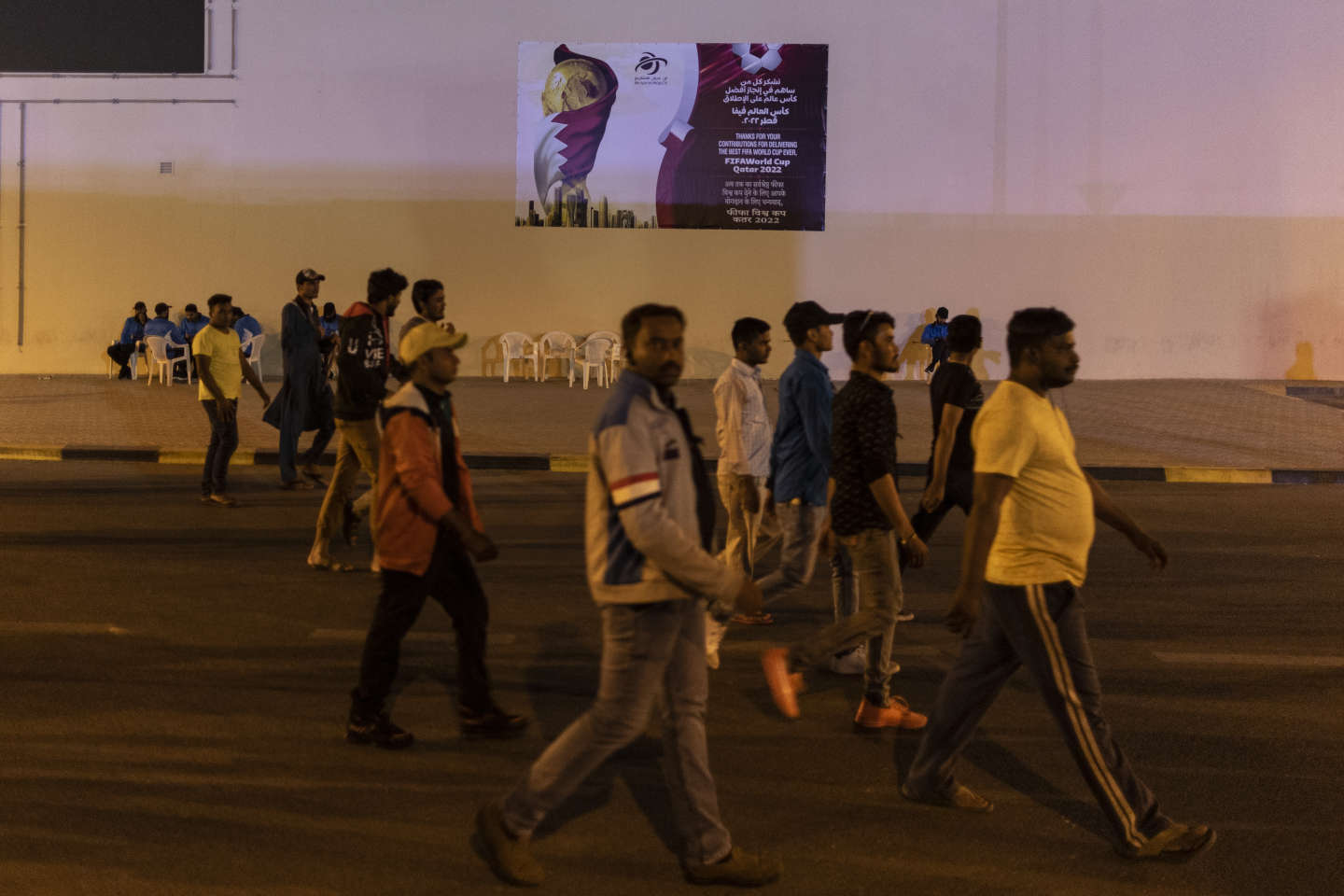 It’s 9:30 p.m. and Mohamed, slumped on a leather pouffe in the middle of the cricket stadium in Doha’s industrial zone, doesn’t feel like going to bed. His alarm clock goes off in less than six hours. Like every day of the week, he will have to be driving his paving machine at 4 in the morning, in one of the construction sites in the Qatari capital.

But this Saturday, November 19, the Pakistani from a village near Peshawar, with a shaggy beard and a cap on his head, cannot take his eyes off the giant screen erected in the middle of the field. There, a succession of dance and rap clips from India are broadcast, with glamorous dancers and bad boy muscular, in a deluge of special effects and decibels. “It’s the first time I saw something like that”, confesses the astonished forty-year-old.

This Bollywood-style show, organized the day before the opening of the World Cup, marked the inauguration of the fan-zone for immigrant workers in Doha, in the southwest of the capital. Like the foreign fans – who gather in Al-Bidda Park, near the corniche – migrant workers, who represent almost 90% of the three million inhabitants of the country, have the opportunity to watch games from this concerted cricket stadium. Between two broadcasts, these viewers can also play soccer matches on mini pitches or cool off at a refreshment bar.

On Wednesday night, thousands of workers watched Spain’s show of force against Costa Rica from the stadium’s stands and grass. “I ran after my service, says Islam, a Bangladeshi, responsible for the maintenance team at the Hamad government hospital. The screen is gigantic, it allows you to follow the actions well. The atmosphere was excellent. »

“A vital organ, but sick of Doha”

With its clamor, blaring sound system and lighting effects, the fan zone introduces a bit of World Cup fever to the usually dreary and neglected outskirts of Doha. A maze of factories, repair shops, warehouses, and workers’ dormitories; parking for bulldozers, tankers and forklifts… the industrial zone, populated exclusively by men, is the engine room of Qatar. The place that no one sees, but from which everyone benefits: invisible and essential.

It’s clogged with sand and dust when the rest of the city exudes maniacal cleanliness. Built horizontally in a country that prides itself on its skyscrapers, the industrial zone is the negative of West Bay, the business district with hypermodern towers; behind the glittering backdrop that is sold in promotional videos of the World Cup. “It is one of the vital organs of Doha, but it is an organ that is sick”, says Mustafa Qadri, director of the NGO Equidem, which specializes in defending workers’ rights. The Qatari authorities did not respond to the request for a reaction from the World.

You have 71.24% of this article left to read. The following is for subscribers only.