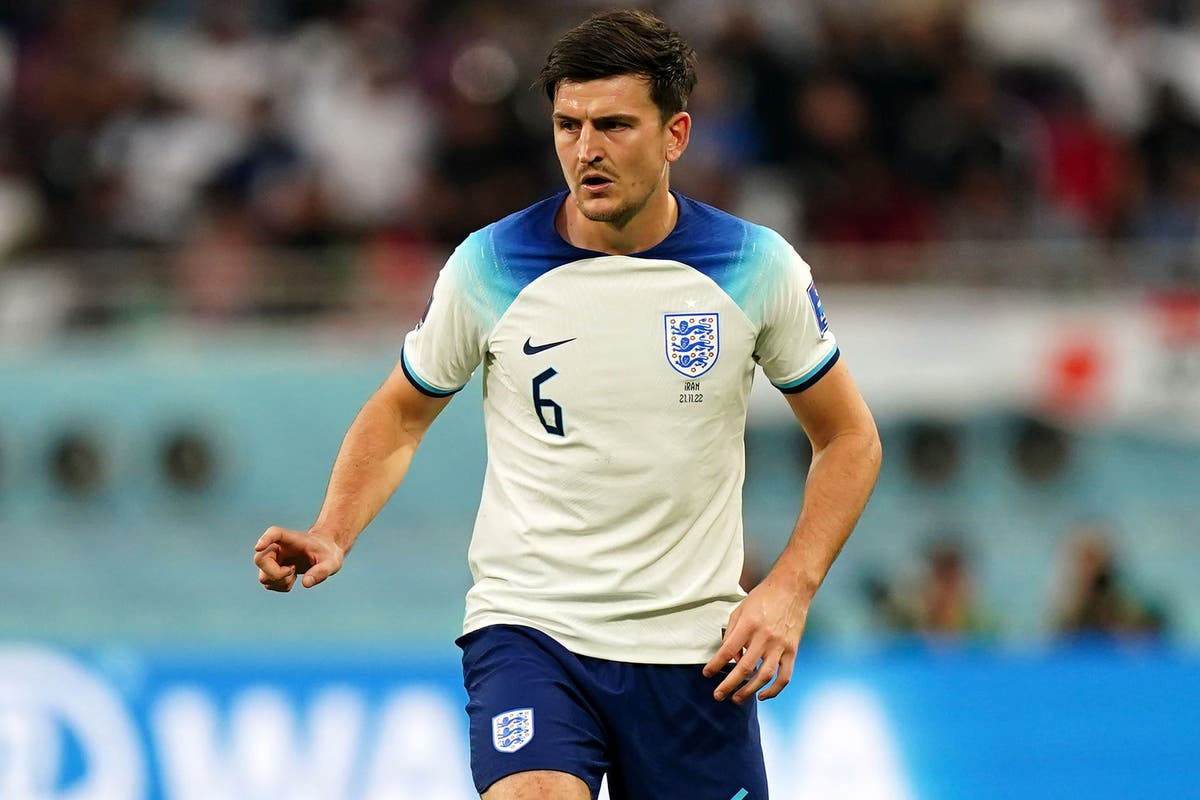 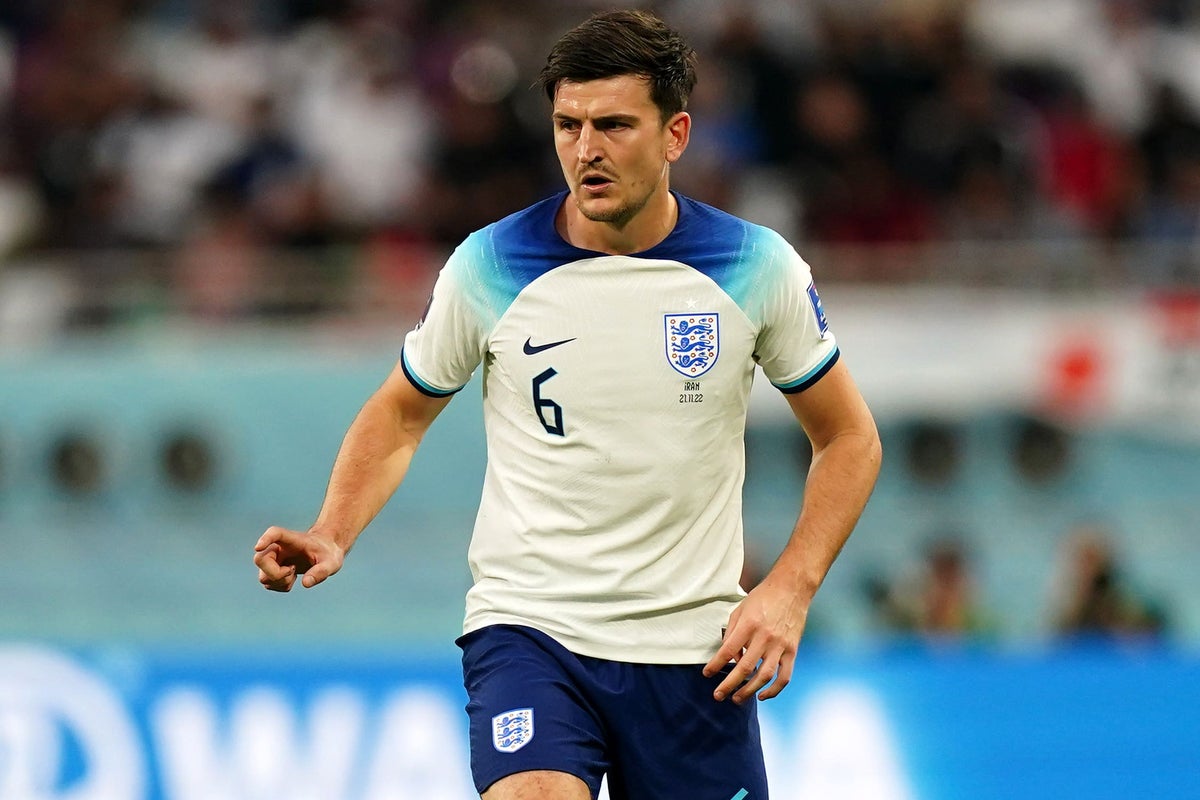 John Stones has known Harry Maguire for nearly two decades and revealed the pair often share jokes via text messages – meaning the Manchester City defender has “no doubt” that his England team-mate will find his way at the World Cup.

The two centre-backs may have crossed the Manchester chasm, with Maguire captaining Manchester United, but they are old friends and have developed a fine understanding at the heart of Gareth Southgate’s defence.

Maguire has been dropped by United recently and was also booed by a minority of England fans earlier in the year.

But Southgate has kept faith in the 29-year-old and it paid off with a fine display in the 6-2 win over Iran on Monday before Maguire left due to illness.

“First of all, no doubt,” Stones replied when asked if Maguire would stay in England regardless of the shape of the club.

“Harry hasn’t played much at his club but to come in and play like he did – I don’t think anyone saw a hint of rust in him.

“That’s a great compliment to him and I’m very happy for him and everyone who played. As a player you want and need to play and have a good rhythm. But for him to play like he did is a compliment to him.”

While they may be bitter rivals when City take on United, Stones revealed the two have kept in touch when not on international duty.

“We exchanged texts, yes, but not about football. Sometimes that can be the best thing. I’m sure you’ve been in a situation where you hurt your leg or whatever and everyone bombarded you with questions about how it was.

“Sometimes you don’t want to be asked about it. We have a good enough relationship to put things aside and be normal.

“If I had my phone I could probably tell you (what’s in the text)!

“Just general stuff, or maybe something either of us has seen, or a joke. Maybe I’m making a joke – that’s the first thing that popped into my head.

“I think it’s special that we have that kind of relationship, when we were rivals at the club, football has moved on a lot from 10 or 20 years ago, and that got put aside very quickly.

“When we were on the field playing against each other it was, ‘I want to beat that guy and that team’. But as soon as the final whistle sounded, we shook hands, the friendship continued and we moved on.

“That (when he met Maguire) must have happened before I was 10 years old. We must have played against each other. I am at Barnsley and he is at Sheffield United.

“You know the good players in the team and you have seen the size he is now! He’s a big kid.

“Partnership on the pitch comes with time and we have been playing together for a few years now. Sometimes the environment we create here – I don’t know why that is – it just clicks and it happens and you have a bond.