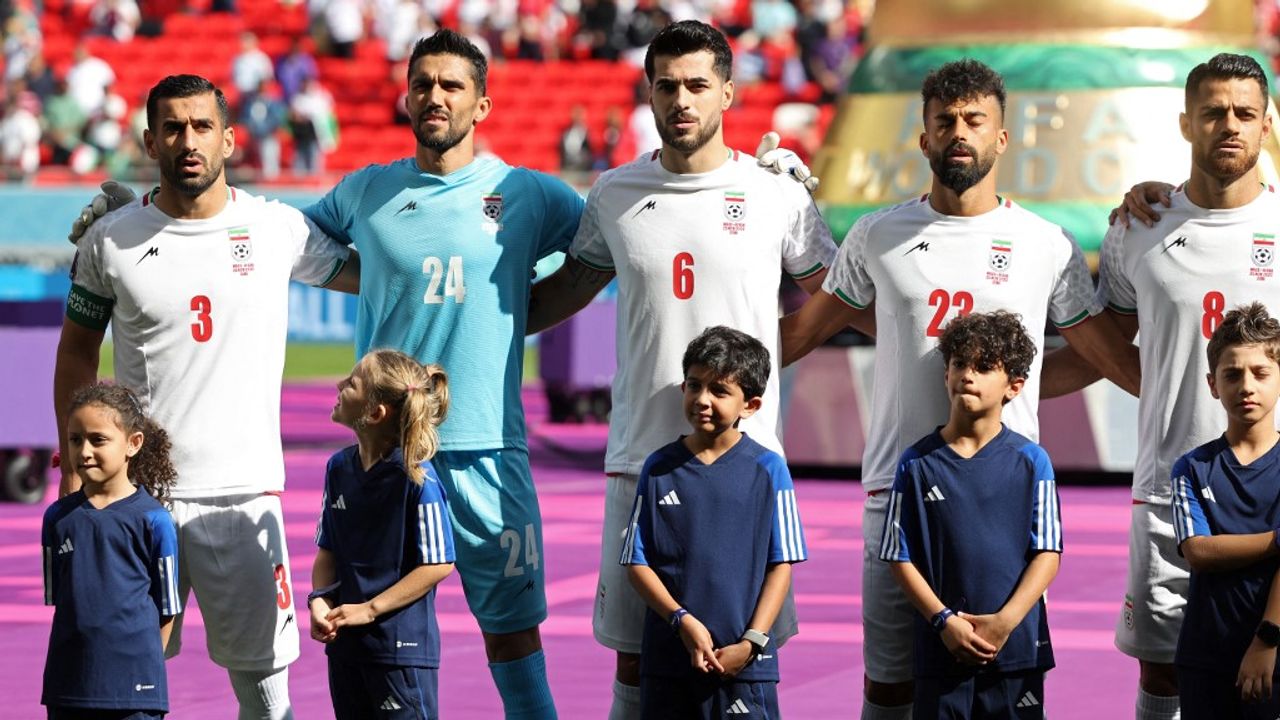 Strong emotion in the stands for the Iranian spectators, many of whom cried during the anthem. Carlos Queiroz’s players gave a voice, unlike their first game where they were silent in protest 👇

They inaugurate this second wave of group matches. Place from 11 am in the match between Wales and Iran in group B. Authors of a draw against the Americans, the Welsh already have a point. Beaten by the English 2-6, the Iranians have none.

LLORIS “FOCUSED ON THE GAME”

Asked about the commitment off the pitch of the Danish captain who wanted to wear the “One Love” armband, the French captain recalls that “it’s still personal.” “These are decisions that other players make. I prefer to stay focused on what is most important: the game, football. Those are the reasons that bring us here. The best way to represent our country is through great performances, efforts, emotions and above all through the results. For our part, the French, we decided to go with that voice”.

Asked by a South American journalist about Argentina and Mexico, potential opponents of the Blues in the round of 16, the French national team coach preferred not to answer. “We’ll think about Denmark. I hope you’ll ask me the question later,” he reacted. And to add: “We are not going to put the rooster higher than it is.” Listen: let’s secure the rating first before projecting ourselves too much on the competition.

“Ask me if I’m going to play it or not, it’s clearer that way!” Didier Deschamps laughed in front of a journalist this morning. Ousmane Dembelé “has the ability to create enormous problems for his opponent”. “He has made a lot of progress defensively. I discuss it with him, it’s more of the placement to have efforts that are less important. He has a great volume of play”.

DESCHAMPS ON A POSSIBLE TENURE OF LIVERWOOD

“I could have played the first game since I was fit (…). He was in shape for the first, he is not less or a little more for the second. He has the experience, that’s for sure. The most important thing is that he feels ready in his head and in his body. I know he is, I’ll make the decision based on that.”

“We have very, very good conditions. There is a life environment, what happens on and off the pitch. Social life is important. He doesn’t win games but he can make you lose them. (…. In the attitude, the state of mind, that’s essential for me. It’s going well. I could say very well, but you can find two or three examples for me. I don’t have any at this moment, none who get up on the wrong foot or who have mood swings. They don’t get out of three weeks together where the weather is a bit long.”

“I confirm that it is undervalued compared to its real value. It has caused us a lot of misery”, reacts the Blues coach about Denmark, which the Blues have faced twice in recent months. “We’ll make sure to reverse the trend, not to mention revenge. They know us, we know them. There’s a photo in June that’s different from September, there’ll be another one tomorrow. Two teams are not the same.” “, he adds, noting that Denmark” always has this ability in all parties to change the system, which can lead to different difficulties “.

LLORIS ON THE LIFE OF THE FRANCE GROUP

“If we want to go far in a competition, it is better that we have a group that lives well, with good energy”, declares the Blues goalkeeper, stating that “it is”. “Despite the dangers and the circumstances, we have always responded in the best way. We will be able to better judge the value of this group when we face difficulties,” he continues. He salutes the young players “who take the initiative to go to the gym in the morning. It’s a good thing. Everyone is concerned.”

LLORIS ON THE ATTACK OF THE BLUES

Four years ago, Les Bleus only scored three goals in the group game. In a single match on Tuesday, they scored four against Australia. Asked at a press conference, the Blues captain assures that “it is difficult to compare” the two competitions. The group has evolved, I think there are only ten players left from this fantastic experience. We were able to use it, for those who were there. We remember that it was very difficult for us to create chances and chances against Australia, we had taken the three points a bit hard. We did not want to relive the same sensations but to give a boost to our competition, not to experience frustrations”, he said.

WHEN WILL L. HERNANDEZ BE OPERATIVE?

For an injury of this type, the period of unavailability is usually a minimum of six months, which most likely puts an end to his season in Bavaria (last matchday of the Bundesliga on May 27, German Cup final on May 3 May and the Champions League final on June 3). June 10th).

“The Bayern defender will begin his rehabilitation in the coming days in Munich,” added the Bavarian club.

Today begins the second day of the group stage of the Russia 2022 World Cup, with the matches of groups A and B.

GOOD MORNING TO ALL

Welcome to this live on Friday, November 25, dedicated to the Qatar 2022 World Cup.