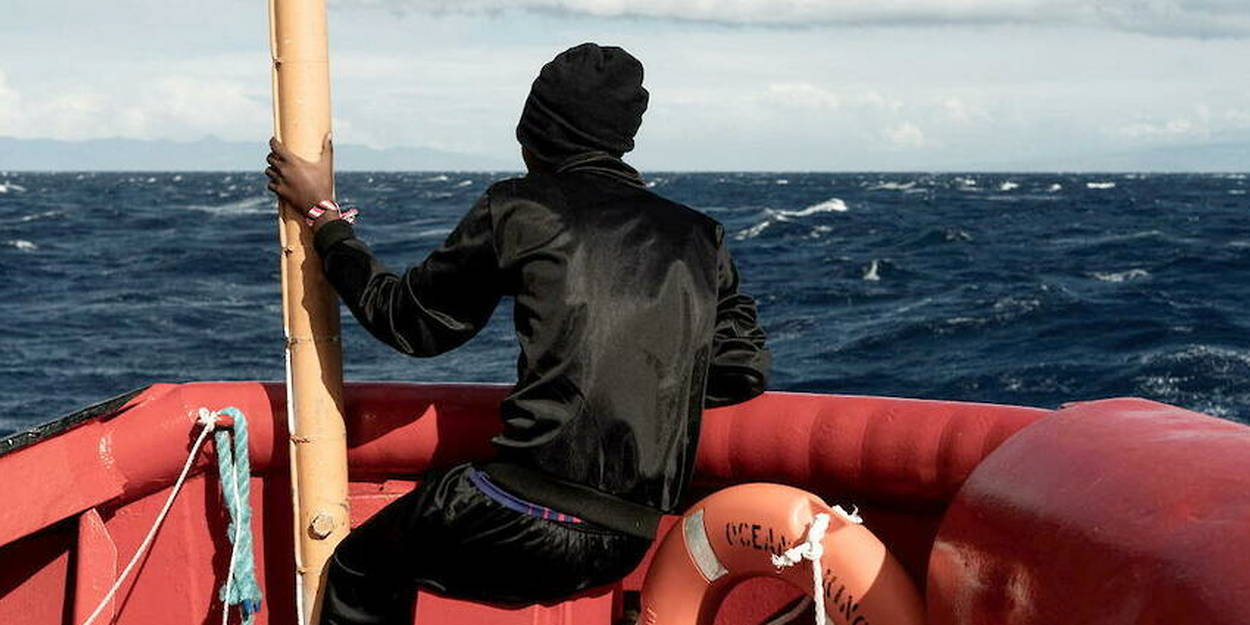 Migrants: what if African meetings were needed?

L’viking oceanA humanitarian ship carrying 230 migrant survivors made headlines after weeks of roaming the waters of the Mediterranean. This situation caused a diplomatic confrontation between France and Italy, which categorically refused to accept the ship with humanitarian aid. A crisis of this type could become frequent and pose a serious threat to the stability of the European Union. The management of migration flows is increasingly becoming a source of contention between states at the entrance to the Schengen area and others. Moreover, the reception of these migrants by France continues to shock the political class.

The ranks of Africans claiming illegal immigration to Europe have grown steadily since the famed Barça or Barça (Barcelona or Death) initiated by young Senegalese in the 1990s. They are all trying to flee Africa, their daily lives marred by poverty and the urgency of survival that comes with it. Thus Africa is deprived of its future, its youth and its vitality. Few countries in sub-Saharan Africa escaped a new type of exodus. The coast of Senegal remains a fairly popular destination for European El Dorado. Note, however, that these contingents are not made up solely of Senegalese. Like the Senegalese skirmishers, they are often included in this designation, but many originate elsewhere in sub-Saharan Africa.

Although the outcome of this journey is unknown, the number of hopeful candidates for a better life is steadily growing, and the failures of many do not seem to stop them. More than two decades have passed since the bodies washed up by the sea on the beaches of the Canary Islands, Lampedusa or Ceuta and Melilla, two Spanish enclaves located in Morocco, show us the extent of the fiasco. This catastrophic situation, alas, is choking! Migrants never stopped imagining bridges that would take them to European El Dorado at the risk of their lives. How many of them will fulfill their dream? How many of them will fail and find themselves in the misfortunes of the lives of migrants plunging into greater insecurity in Europe? And how many died at sea or in the Sahara Desert? What is the sacrifice for these young “martyrs”? Although they take risks that, alas, are beyond comprehension, none of them is a candidate for suicide. They are simply defined by the hope of a better life.

Obvious cause and effect relationships

The state of mind of these young people is the result of many factors that directly or indirectly affect their trajectory and motivation. We can quote:

1) a food crisis due to a decrease in the area of ​​cultivated land, soil infertility, climate change, lack of storage and processing of agricultural products, destroyed livestock farming or even a lack of fish for handicrafts;

2) The climate crisis that has devastated many regions of the Sahel and poses a serious threat to the survival of the most vulnerable segments of the population;

3) The demographic crisis leading to endemic youth unemployment in urban and peri-urban areas of the African continent, which is also home to the most young people in the world today;

4) The educational and moral crisis of young people who did not start in life for some, out of school for others, which undermines both their acquisition of the skills and tools necessary for integration into the social fabric of the economy, and their moral re-equipment;

5) A security crisis driven in part by political and social instability, fertile ground for radicalization that could lead to violent extremism against a backdrop of fundamentalism weakening all regions concerned.

It is no longer possible to do nothing, it is necessary to stop this migratory bleeding. In other words, the already high historical, political, moral and socio-economic cost is likely to be insane, especially since Africa will not be the only one to pay, because we are all accomplices. Perhaps, with regard to COPs, this situation requires African meetings to discuss and find viable solutions with the allocation of funds to solve this complex problem. The African Union could be responsible for organizing these African meetings to stem the migratory outflow, but in the meantime, some solutions can already improve the situation.

READ ALSO“Ocean Viking”: where are the migrants?

The foundations were laid for an emergency plan, not dictated by foreign powers, but well and truly worked out by and for the population of the African continent.

1) act upstream to educate, educate and educate the public about the dangers of this choice of immigration and identify easy-to-use alternatives to enter the virtuous circle dynamic to break the impasse by making contributions from family and community circles or traditional leaders;

3) eliminate mafia networks and all their ramifications that use the poverty and desperation of these young people for their own enrichment;

4) Strengthen coastal surveillance to act as safeguards and ensure better management of wealth and resources. This will go through the foundations of mutually beneficial cooperation in order to get out of this vicious circle of assistance from Western countries.

The effects of Covid-19, and more recently the wars in Ukraine, have once again demonstrated Africa’s urgent need to provide at least its own vital needs. To do this, it would be useful to implement specific actions to solve various problems:

1) Be part of responsible and sustainable agriculture to achieve food self-sufficiency while preserving the environment,

2) to rethink their urbanization policy, as well as the development of rural areas,

4) Successfully cope with the energy transition,

5) Industrialize differently, introducing breakthrough innovations to get rid of mimicry as well as outdated models to finally chart the course and change the curve of their trade, especially for everyday consumer goods without high added value that make it too dependent on the outside world .

These specific broad-based actions will aim to make the territories more attractive and productive for this young population in distress; to return agriculture and animal husbandry to the basis of the life of local territories through the revival of the countryside; educate and educate young Africans to make them quality human capital capable of simultaneously supporting economic development and the well-being of the population. Strategically, it will be necessary to select extractive industries in which it would be beneficial for countries to specialize in order to be competitive in this context of globalization. This approach will be part of the state dynamics associated with entrepreneurial deficits, innovation problems, and relative lack of funding. Finally, we will have to answer this question: “When will there be an endogenous answer that will prevent the projects and hopes of these young people from getting lost in the boxes of their only dreams or being swallowed up by the waves of the ocean? »

* Participant in social development between Senegal and France