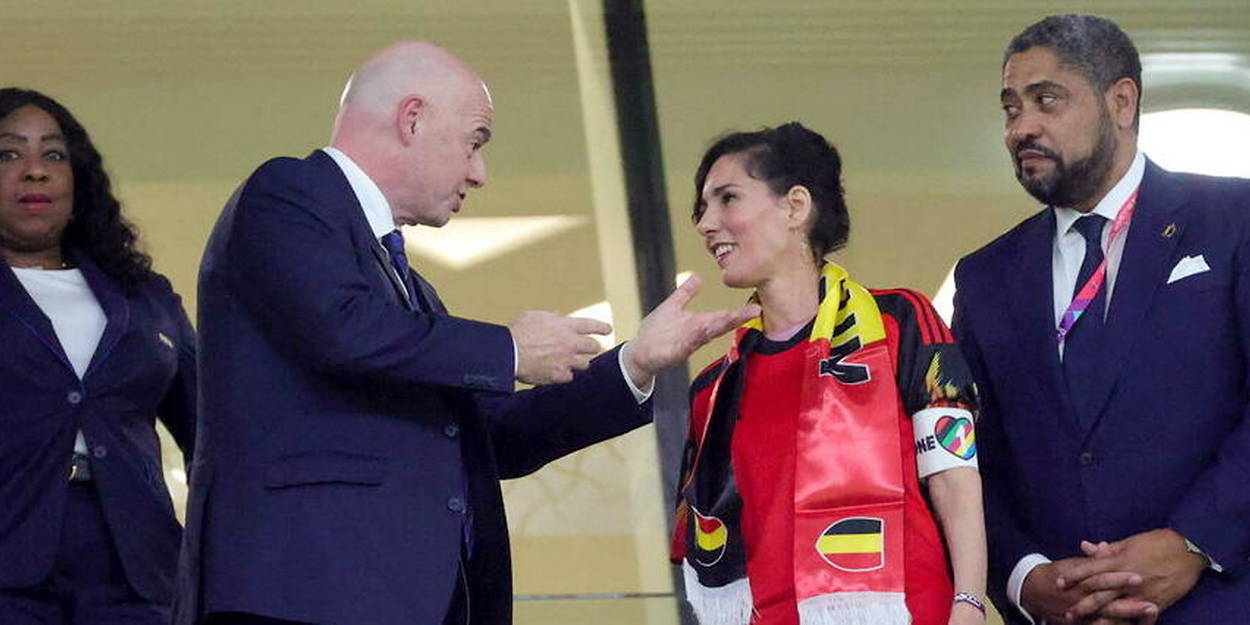 Mondial 2022: the inclusive bracelet worn by a minister against Infantino

Hadja Lahbib, Minister of Foreign Affairs of Belgium, attended the Belgium-Canada meeting on Wednesday, November 24, with the head of Fifa.


LBelgian Foreign Minister Hadja Lahbib wore the “One Love” armband in the stands, which had been denied to Belgium and other European teams during the Red Devils’ win against Canada on Wednesday 23 November in Qatar. Hadja Lahbib was present in the stands of the al-Rayyan stadium together, in particular, with the president of Fifa, Gianni Infantino.

“Gianni Infantino explained to me why he made the decision not to allow the Red Devils to wear a ‘One Love’ armband, in accordance with FIFA rules. These rules do not apply in the stands, I took off my jacket and presented my bracelet”, he explained to the RTBF microphone. Under the threat of “sports sanctions” from FIFA, Belgium and six other European nations present in Qatar -Germany, England, Denmark, the Netherlands, Wales and Switzerland- have renounced their captain wear this colorful armband that symbolizes inclusion and diversity.

READ ALSOQatar World Cup: investigation into the places of contention

A day of symbolic protests

“I think it was a symbolically strong gesture, that Belgium had to convey the message,” added the minister. “I know that Eden Hazard [le capitaine de la sélection, NDLR] I would have liked to use him on the field,” Hadja Lahbib continued, adding that he came to Qatar at the start of the tournament to have “frank discussions” with Qatari diplomacy and “to defend human rights.”

Another minister, the German Nancy Faeser, in charge of the Interior and whose portfolio includes Sports, also appeared in the stands with this bracelet during the match between Germany and Japan, scheduled this morning at the Khalifa International Stadium in Doha. On the pitch, at the time of the traditional pre-match team photo, the German players ostensibly raised their hands to their mouths in apparent protest at Fifa’s decision.

READ ALSOWorld Cup: “France is below Brazil and Argentina”