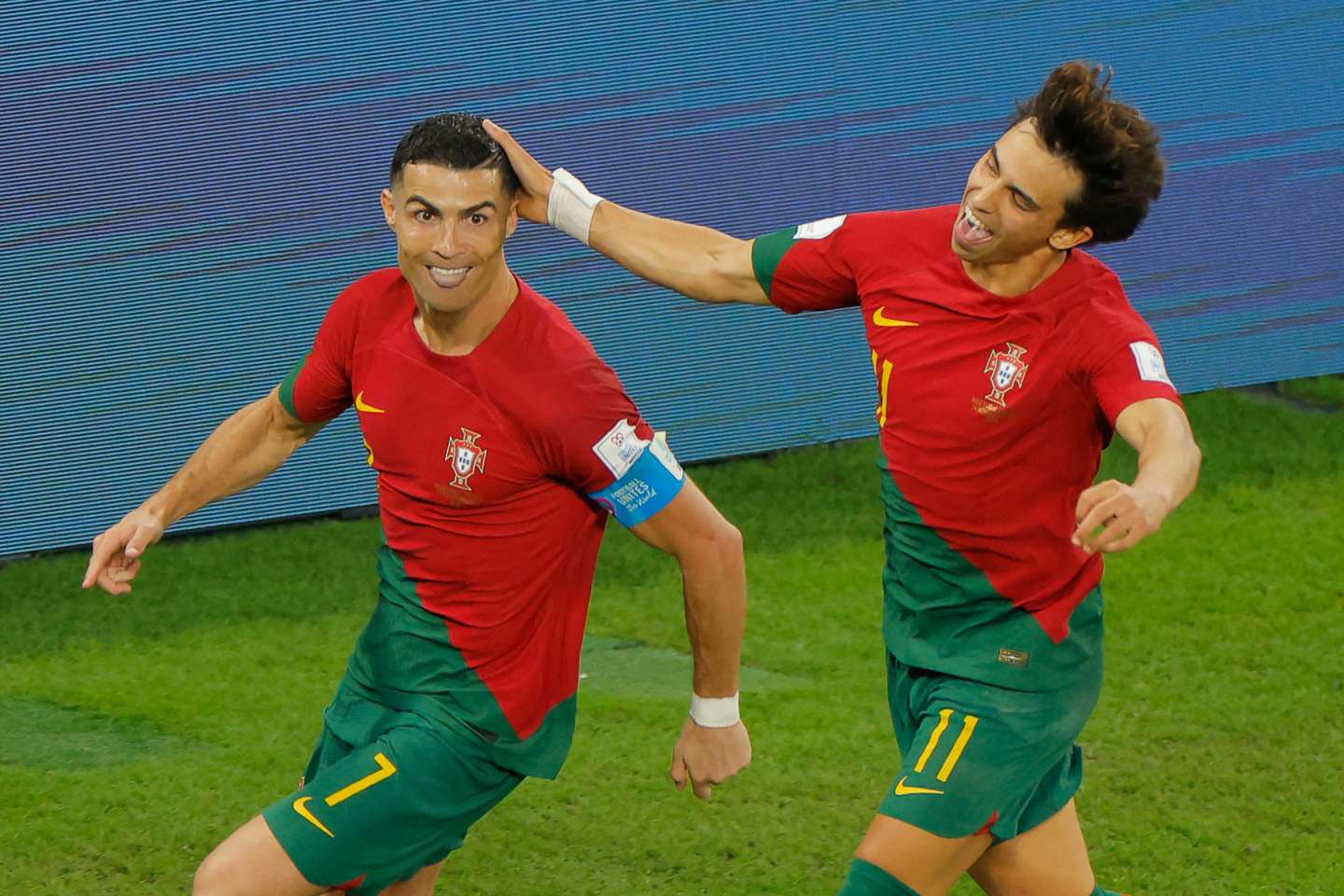 It was expected, it was present: Cristiano Ronaldo entered football history a little more, on Thursday, November 24, during Portugal’s victory against Ghana (3-2), for the entry into the candidacy of the Seleçao das Quinas , at stadium 974, in Doha. Author of the first goal, the former Manchester United player became the first player to score at least one goal in five different editions.

We would have had to wait. Fernando Santos’ men took almost an hour to find the fault in the Ghanaian defence. Still, they had multiple chances in the first half.

Cristiano Ronaldo, and him, missed a face to face ten minutes into the game. In a cross by Raphaël Guerreiro, the Portuguese captain then rose above everyone, but missed the goal (0-0, 14).me). Half an hour into the game, Ronaldo, still him, beat Alexander Djiku, before adjusting the Ghanaian goalkeeper and thinking that he opened the scoring. It was without counting on the referee of the match, who whistled a clear foul by the Portuguese captain.

While Portugal kept tripping over the Ghanaian wall after returning from the locker room, Ronaldo collapsed on the Ghanaian surface. It’s not the most obvious penalty of his career, but the referee didn’t reconsider his decision, much to the disgrace of the Ghanaian players. As expected, the Portuguese captain grabbed the ball, before transforming the offering himself (1-0, 65me) and celebrate this new record among their peers. With this eighth goal in the World Cup, he is one body length behind the legend of his country, Eusebio, but he is still far from the scoring record holder, the German Miroslav Klose (sixteen conquests in four editions).

the game is heating up

So we thought that Portugal launched. It was without counting on André Ayew. In one of the few Ghanaian forays, Mohammed Kudus sent a cross between the legs to Danilo Pereira to find the former Marseille striker, who only had to push the ball into the back of the net (1-1, 73me).

There was barely time to take a breath and see the second scorer of the day leave the field, when Joao Félix (2-1, 78me), then Rafael Leao (3-1, 80me) allowed the Portuguese to breathe. Ronaldo could have even increased the gap a little more, but the forward ran into Lawrence Ati (83me). Six minutes later, Osman Bukari, strangely alone at the far post, resumed the game at the head (3-2, 89me).

The result could have been terrible for Fernando Santos’s men. At the end of stoppage time, Diogo Costa, the Portuguese goalkeeper, thought about clearing calmly and did not see Osman Bukari appear from behind to steal the ball. But the Ghanaian stumbled on his dribble and saved the Portuguese from equalizing at the last second.

This success, certainly complicated, allows the Portuguese team to take the lead in Group H, at the end of the first day. Fernando Santos’ men are ahead of Uruguay and South Korea, who started tied (0-0) this morning. They will meet the Uruguayans on Monday, for a rematch of the 2018 round of 16, in which Edinson Cavani and his teammates had knocked them down (2-1). One victory and Portugal would already have secured qualification for the round of 16.

Our selection of articles on the 2022 World Cup