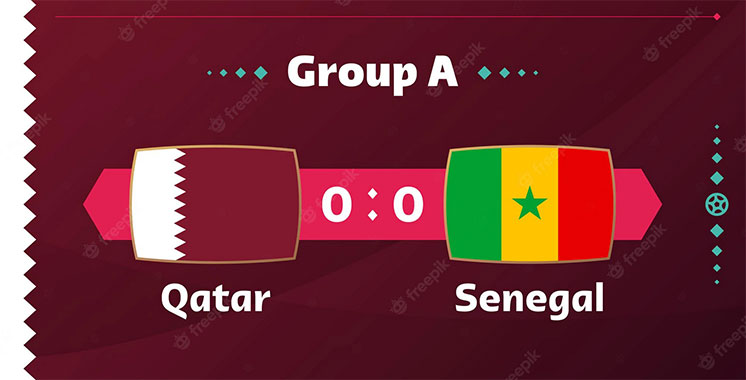 Qatar-Senegal: The game of the last chance

Qatar and Senegal are back against the wall in Group A. Both teams lost on matchday one and must win to recover for the round of 16. The host country lost the first one in front of their fans, logically losing to Ecuador (0-2), having won the South American team with a double from Enner Valencia. Much more attractive, the Teranga Lions coached by Aliou Cissé lost to the Netherlands (0-2). Deprived of Sadio Mané, the Senegalese surrendered in the last minutes of the match on the performances of Cody Gakpo and Davy Klaassen.
Qatar could make some changes after the poor performance against Ecuador.
Now they must achieve the impossible against the Senegalese champions of Africa and before facing the band in Depay. Despite a defense that leaves something to be desired, Qatar can still find some hope by relying on its two stars: Akram Afif (90 caps – 26 goals) and Almoez Ali (86 caps for 42 goals).
In the ranks of Senegal it is not forbidden to believe that Edouard Mendy is left out after his mistake against the Netherlands. Injured in the right thigh, Cheikhou Kouyaté is not available. A doubt surrounds the presence of Abdou Diallo, victim of cramps against the orange team.
Aliou Cissé and his men must now secure a win against the hosts of the competition to maximize their chances of reaching the round of 16.
Fueled by a Kalidou Koulibaly at the top of his game, the Senegalese defense will have every chance of securing their 11th clean sheet this year. Dieng, Dia, Diatta, Sarr and Gueye will be eagerly awaited to clinch such a precious victory. We will know a little more this Friday from 2:00 p.m.