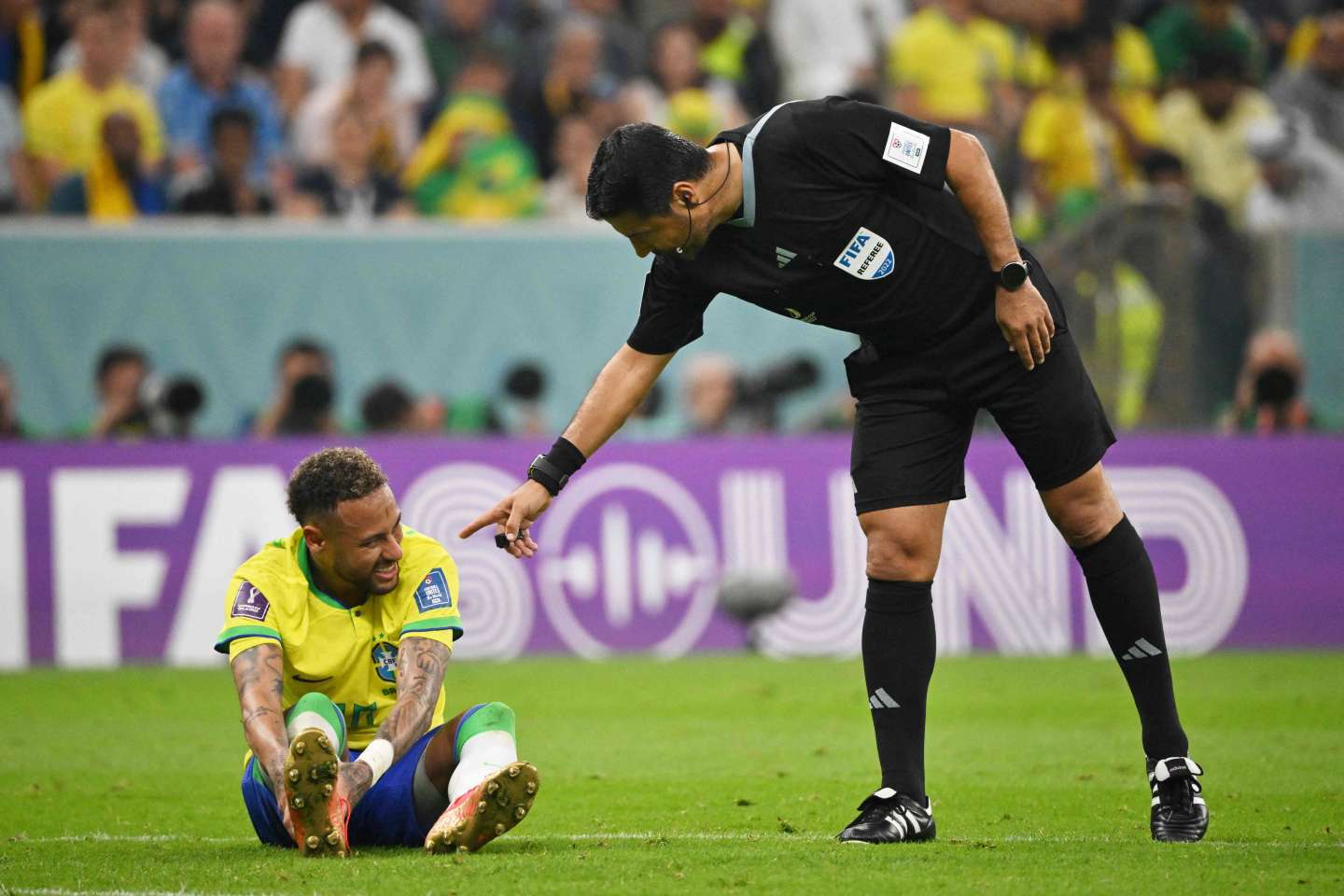 the 79me The minute of this Brazil-Serbia surely brought cold sweats to an entire country. While the victory was almost achieved against Serbia (2-0), on Thursday, November 24, during Brazil’s first match for this World Cup, Neymar suddenly collapsed to the ground. He grabbed her right ankle, after a run-in with Serbian defender Nikola Milenkovic. Replays also showed a slight twist in the joint.

FORCA, NEYMAR! 🙏🇧🇷 The images are scary, but we are going to twist so that nothing else is left! #TNTSportsNoQatar Credit:… https://t.co/DHGpWFrx1o

Rodrigo Lasmar, a member of the Seleçao medical staff, confirmed it after the meeting on Brazilian radio Itatiaia that the player suffered a sprain. “We have not yet had time to do a more complete assessment, but the ankle has already swollen a bit, it is important to wait the first twenty-four hours. We’ll see how the ankle reacts. Now it’s just a matter of calm and a little patience. »

“Neymar will play again in this World Cup”

It is now an entire country that holds its breath, before knowing the time of unavailability of the technical leader of the Seleçao. Against Serbia, it was his teammate Thiago Silva who came to take off his shoe to better see the extent of the damage. And it was a lame Neymar with a swollen ankle who left the Lusail stadium.

He returned to the bench, before covering his face with his shirt. Several Brazilian media have also ensured that the player was crying on the edge of the field. What is certain is that he ended the meeting seated, with his head bowed and his face buried under his yellow tunic.

“We are confident, Neymar will play again in this World Cup”However, the technician Tite launched, in a firm tone.

An action that undoubtedly awakened the old demons of the quarterfinals of the 2014 World Cup, played in Brazil, against Colombia, during which ‘Ney’ left the grass of the Castelão de Fortaleza stadium in tears. Victim of an ugly blow from his opponent Camilo Zúñiga in the lower back, he said goodbye to the competition and his dreams of winning at home.

However, all was going well for the five-time world champion, who largely dominated against Serbia. And although the South Americans only forced the decision in the second half thanks to a brace from striker Richarlison (62me and 73me), Coach Tite’s troop has never worried.

Deprived of their Turin duo Filip Kostic-Dusan Vlahovic, left on the bench, the Serbs showed too much tenderness and clumsiness in attack. The addition could have been much saltier, without the six saves made by Vanja Milinkovic-Savic.

Despite some poorly traded actions. Neymar appeared very long-legged, the author of rides of which only he has the secret. He touched 81 balls, the third best total of the game, and fired three shots on goal. He is also at the origin of the opening of the score.

Although he is in the race to beat Pelé’s record if he reaches three goals in this World Cup, his injury worries an entire country. Brazil can take a big step towards the round of 16 if they beat Switzerland on November 28. With or without Neymar.