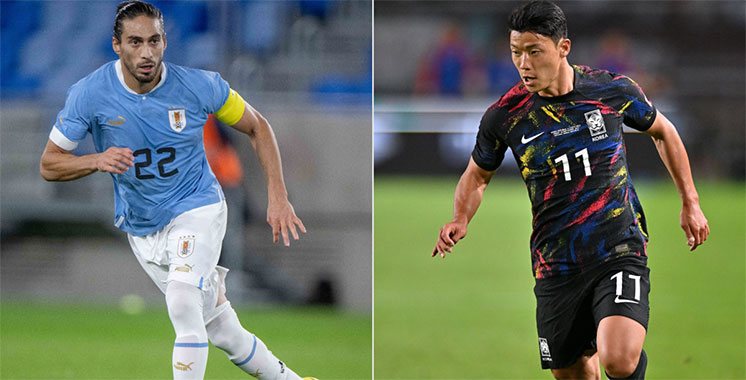 South Korea: How they played against Uruguay on Thursday

South Korea’s star striker Son Heung-min, who recently underwent surgery for a fracture around his left eye, is finally fit to play in his team’s World Cup opener against Uruguay on Thursday. , coach Paulo Bento announced on Wednesday.

The Tottenham forward had undergone surgery in early November to “consolidate a fracture around his left eye” caused by a blow with Olympique de Marseille defender Chancel Mbemba, during Spurs’ 2-1 victory on November 1 in the Marseille Champions League.
“The son can play and will be able to play,” Bento insisted at a press conference on Wednesday.
Son, 30, trained in Qatar with a protective mask, which seemed to get in his way, and the striker adjusted it repeatedly while doing physical exercises with the rest of the squad.
“Wearing a mask is not an inconvenience for him, it is something natural for him,” said his coach. “We will see tomorrow what the situation will be. We hope that he feels as comfortable as possible”, he continued before adding: “He knows and we know that after an injury like this we cannot take any risk”. Captain of the team with which he has made 106 appearances and 35 goals, Son is an idol in his country, which he notably led to victory at the 2018 Asian Games. South Korea will kick off the competition this Thursday against Uruguay before going to challenge Ghana on November 28 then Portugal on December 2, in a strong Group H.