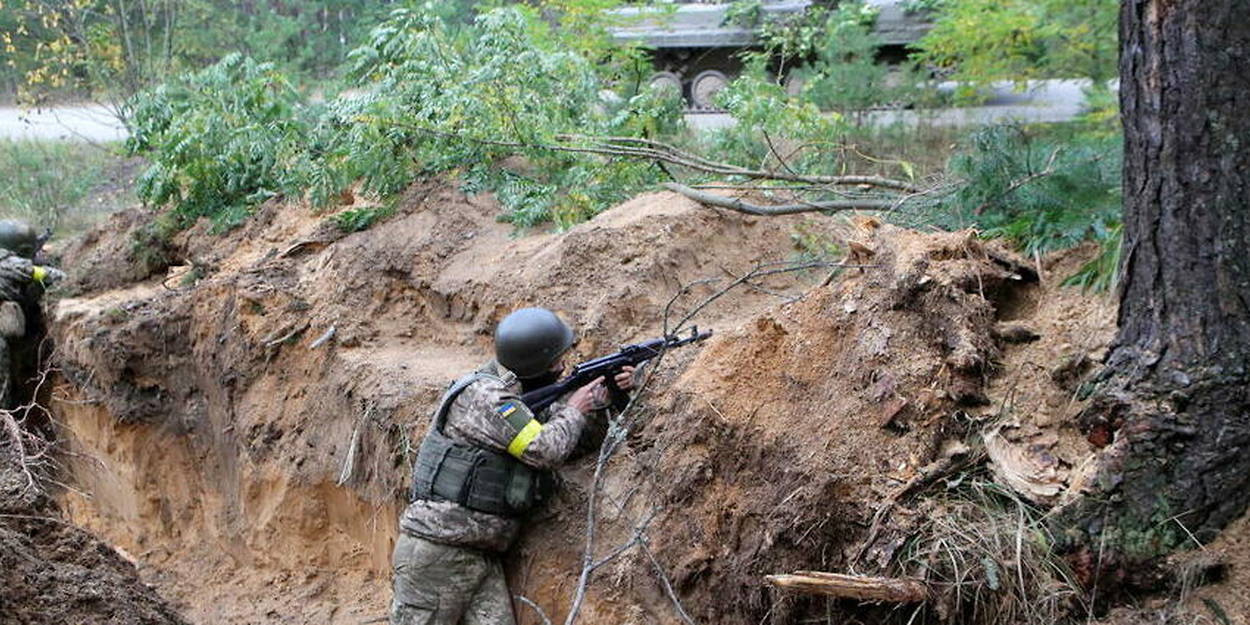 The Ukrainian army “entered” the strategic city of Liman

The Russian army has announced that it has “withdrawn” from this city in eastern Ukraine. According to Ukrainian television, Russian troops were surrounded.


lOn Saturday, the Ukrainian military “entered” Liman, an important railway junction in eastern Ukraine controlled by troops from Moscow, the Ukrainian Defense Ministry said. “Ukrainian paratroopers enter Liman, Donetsk region,” the Ministry of Defense of Ukraine said on Twitter. In the one-minute video that accompanies the message, two Ukrainian soldiers are seen waving and then flying a blue-and-yellow national flag next to the “Liman” sign at the entrance to the city. “We unfurl our national flag and hoist it on our territory. Lyman will always be part of Ukraine,” one of the two soldiers says with a smile on his face.

Shortly after this announcement, the Russian army announced that it had “left” the city of Liman. “Under the threat of encirclement, the Allied troops were withdrawn from Liman to more advantageous lines,” the Russian Defense Ministry said in a statement.

Russian soldiers in a trap

“Russian troops are encircled in Liman,” Serhiy Cherevaty, a representative of the ground forces in the East, said on Ukrainian television today, quoted by Interfax-Ukraine. According to him, “from 5,000 to 5,500 Russians” have entrenched themselves in Liman and its environs in recent days. “But recent fights (since then) have reduced their numbers,” he added to Ukrainian television. Sergei Cherevaty also reported that the people of Kiev occupied five villages around Liman.

The announcements came a day after the annexation of four regions of Ukraine to Russia by President Vladimir Putin, in a move widely condemned by Kyiv and its Western allies. On Friday, a senior pro-Russian separatist official said the Russians were fighting “at the limit of their ability” in Liman in the face of what is considered a “difficult” situation. In a few weeks, the Ukrainian army has made significant territorial gains in the Kharkiv region, northwest of Donetsk, where Liman is located. But the Ukrainians are also trying to advance in the Donetsk region, where the Russians are resisting as best they can.