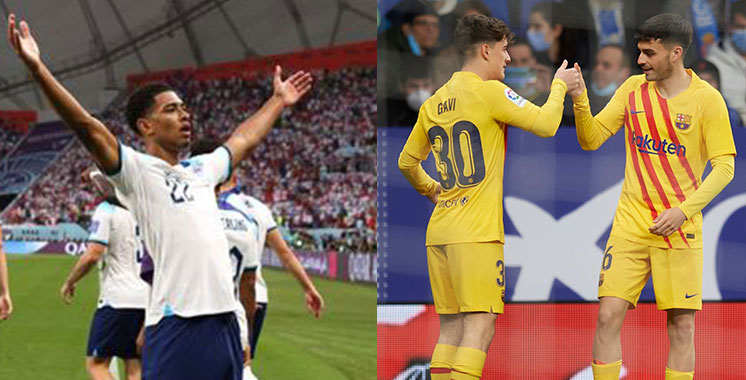 The young nuggets to follow in the 2022 World Cup

If the spotlight will be on the biggest round ball stars who have been shining for years on the court during the World Cup in Qatar, several young players, who promise a bright future, will follow them at the World Cup-2022. Taking center stage during this global sporting event, these young prodigies will try to show the world that age is just a number in football.

Among these rising stars, who will light up the skies of Qatar, are the two Spanish players Pedri and Gavi, worthy heirs of Xavi and Iniesta. Pedri (19), who captured all eyes during Euro 2021 to the point of being named best young player at Euro 2021 by UEFA, will have to confirm his great potential with the ball at the World Cup in Qatar. With his precision and game intelligence, the FC Barcelona midfielder has become, since his brilliant Euro Cup, the centerpiece of the system put in place by the Spanish coach Luis Enrique. Winner of the Kopa 2021 Trophy for the best young player at the Ballon d’Or ceremony, Pedri will be highly anticipated by the La Roja fans, as will his compatriot Gavi (18). A phenomenon of precocity, Gavi revealed himself to the eyes of the football world during the League of Nations semi-final, Italy-Spain, in October 2021, at just 17 years old. For his part, Jude Bellingham (19), selected by Gareth Southgate to represent England in the 2022 World Cup, is one of the most talented players of his generation. Author of high-quality services with Borussia Dortmund, the midfielder arouses the greed of the big European clubs (Real Madrid, Liverpool, Manchester United, etc.) He became the youngest player to play in the Euro Cup in 2021 at 17, 11 months and 15 years. days, Bellingham will be one of the most prominent players in the World Cup in Qatar. In Germany, eyes will be on young prodigy Jamal Musiala (19). The attacking midfielder seems to be taking a new step this season with Bayern Munich, signing XXL performances every week with the Bavarian team. Second youngest goalscorer in the history of the Mannschaft, at 18 years and 227 days, Musiala, a forceful and efficient player in front of goal, wants to shine in the World Cup in Qatar and counts on the ardor of youth to mark the spirits Other German prodigy player: Youssoufa Moukoko who was selected by Hansi Flick at just 17 years old to play in the World Cup in Qatar.