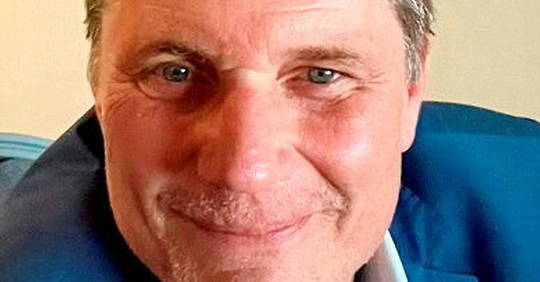 “There is a desire to flood Europe with cocaine”

MAINTENANCE. Drug trafficking networks are multinational corporations that have invested in the Old Continent, explains Laurent Laniel, a specialist in drug markets.


EIn less than five years, the port of Antwerp, one of Europe’s largest ports, has become the epicenter of the cocaine trade. Despite the confiscations and arrests of customs and the European police, curbing this flow, grafted on legal trade, is very difficult. “We are seeing the internationalization of human trafficking,” explains Laurent Laniel, an analyst at the European Monitoring Center for Drugs and Drug Addiction (EMCDDA).

Dot : How is the global cocaine market developing?

Laurent Laniel: Production and global traffic have skyrocketed since 2015. Production increased in all three countries: Colombia, Bolivia and Peru. Exports to the main consumer markets increased sharply, especially in Europe, where the phenomenon appeared later than in North America. I often hear it said that Europe has become the world’s leading market for cocaine. This is an analysis based on data from Western countries. Asia is the next frontier. Still few seizures, little data. Another issue is Africa. There appears to be much more traffic there than suggested by the confiscations. Most of it is in transit to Europe and the Middle East. Africa can become the territory of recovery. Seizures are very few, less than 10 tons per year, but US and European intelligence suspects many more.

Cocaine: Dubai’s ‘super cartel’ investigation
Niort, his cocaine, his mules and his balthrings

“There is a desire to flood Europe with cocaine”

In Suriname, the “sheriff” against traffickers
“My country is being used as a safe haven by criminal organizations”

What do we know about the situation in Europe?

We have much more data there. Obviously there is a desire to flood Europe. We cannot stop this flow. Europe has been an emerging market for about ten years now. This mainly concerns Western Europe and Italy, but also increasingly Eastern Europe, as well as Turkey, which is a consumer country and whose criminal organizations are involved in the traffic. Another notable trend is the development of cocaine hydrochloride production on European soil. [la drogue extraite des feuilles de coca, NDLR]. We dismantled laboratories in the Netherlands, Belgium, Spain… when will France be? It is estimated that several tens of tons are already produced every year in Europe. Finally, we are seeing internationalization of traffic with players that have established themselves in South America and are able to arrange shipping to Europe. These are global actors such as the ‘Ndrangheta, the Calabrian mafia and Turkish criminal networks.

How to stop this illegal trade grafted into legal trade?

It is very difficult. A staggering number of containers enter the port of Antwerp every day. A tiny part of them is scanned in accordance with the requirements of speed and competition. Information obtained by intercepting encrypted EncroChat and Sky ECC phone messages used by traffickers has enabled European police to make hundreds of arrests and seizures. This revealed the extent of corruption in Europe. A kilo of cocaine costs $1,000 in Peru and $30,000 in Antwerp. There are many actors in between, big or small.

What criminal networks profit from this?

Murder, torture, kidnapping… Such is the daily life of the cocaine market. This violence mainly affects ports and some areas. We have seen road figures such as Riduan Tagi appear. The Moroccan mafia in Belgium and the Netherlands first specialized in extracting drugs from ports, using the so-called “rip off” technique, where bags of cocaine were thrown into containers at the port of departure without the knowledge of the carrier. Those who find them are paid in drugs, which turns them into traffickers. We also see the growing importance of the Italian, Serbian and Albanian mafia. These gangs know how to ship goods from South America and have mastered the means of money laundering. It is an ultra-capitalist world that is invested in and supported by other industries. Garages and workshops in the Netherlands, for example, are an important cog. Whitening is different. Many parts of the traffic are managed by specialized contractors. There is segmentation of tasks, which complicates the disassembly of networks. Chemicals, machines… Traffickers are always innovating to bypass surveillance measures.