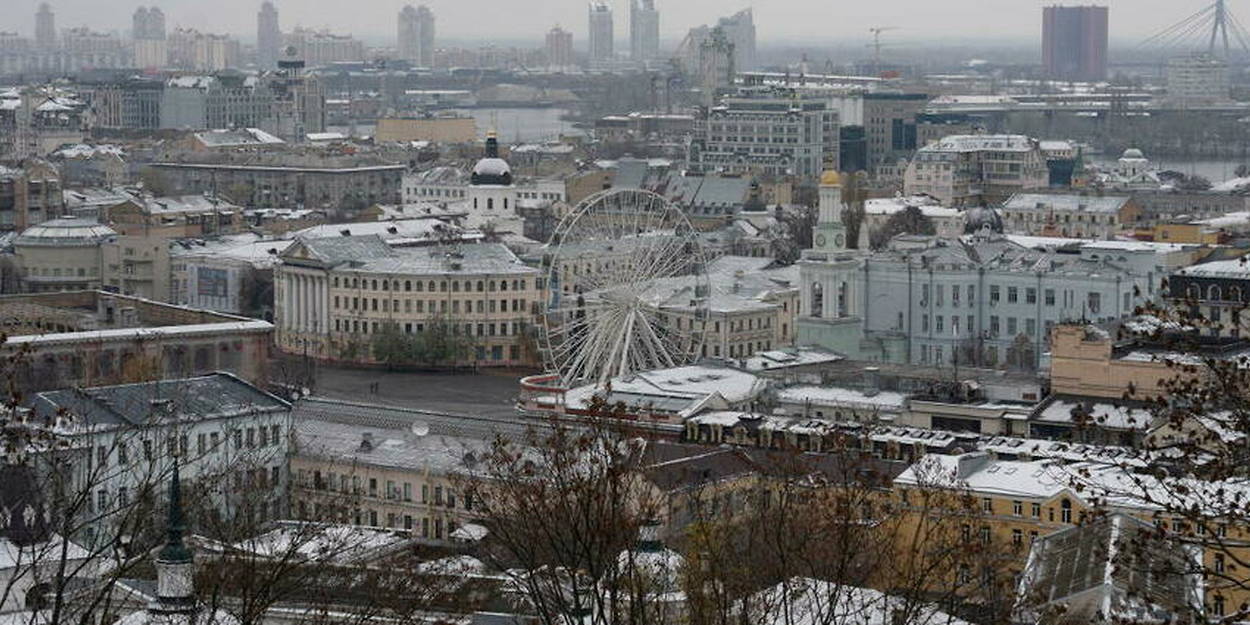 Ukraine: energy system on the verge of collapse

lOn Friday, Ukraine worked to repair energy infrastructure damaged by Russia’s massive strikes and resupply millions of Ukrainians without heat and electricity as winter sets in. Millions of people have been affected by power outages in recent weeks. President Volodymyr Zelensky has said Moscow’s new strategy to plunge Ukraine into darkness will not weaken his country’s resolve. “This is a war for strength, for resilience, for who is stronger,” he said in an interview with the Financial Times published on Friday.

About fifteen regions faced problems with water and electricity supply. “The electricity situation remains difficult in almost all regions. However, we are gradually moving away from blackouts and reconnecting electricity for new consumers every hour,” Mr. Zelensky also said in his speech on Thursday evening.

In Kyiv, hit by freezing rain falling on snow and near freezing temperatures, 60% of the population was still suffering from power outages, but the lights were slowly turning on, city officials said. Three nuclear power plants under the control of Kyiv were connected on Thursday. “We will gradually provide power for 2-3 hours until the amount of electricity supplied to Kyiv increases” and stabilizes, Dmitry Sakharuk, director of the DTEK network, promised. In the capital, the water supply was restored on Thursday evening, the mayor’s office said. The Russian Defense Ministry said the Russian bombing raids were not aimed at Kyiv, accusing the Ukrainian air defense of being responsible for the damage in the metropolis.

The rest of Ukraine was also heavily affected by power outages, but critical infrastructure has been gradually reconnected to the grid. In the Kharkiv region, the country’s second-largest city close to the Russian border, power has been restored after “very difficult” work, its mayor Igor Terekhov said. Governor Oleg Sinegubov said that electricity was restored to 70% of houses on Friday, while the day before “the whole area was in darkness due to the terrorism of the invaders.” Russian shelling also continued, resulting on Thursday in Kherson (in the south), where Moscow troops left two weeks ago, four people were killed and ten wounded, and in Vyshgorod near Kyiv, seven people were killed and 30 wounded.

READ ALSOOlga Rudenko: “In Ukraine we see the worst, but also the best in humanity”

If plumbing, heating and public transport networks were also restored, the governor said 300,000 residents of the region, half of them in Kharkiv, were left without electricity on Friday. The World Health Organization has warned of “life-threatening” consequences for millions of Ukrainians who could leave their homes “in search of warmth and safety”. “Let’s stay united. Perhaps without electricity yet, but definitely without Russia,” said Sergei Gamaly, the governor of Khmelnytsky. This region of western Ukraine was hardest hit by the blackout, which continued to affect more than 430,000 subscribers on Thursday evening “despite the incredible efforts of the energy sector workers.” “We continue to work on the gradual restoration of residential areas,” added Mr. Gamaly, stressing that with 35% capacity, the region “has the ability to reconnect all the most important infrastructures.”

“This systematic attack on the population as winter approaches reflects Russia’s clear desire to inflict suffering on the Ukrainian people, deprive them of water, heat and electricity in order to undermine their resilience,” French diplomats said. “These actions clearly constitute war crimes.” Speaking via videoconference to the UN Security Council, Mr. Zelenskiy on Wednesday denounced a “crime against humanity.” Those blasts on Wednesday left “the vast majority of consumers” without power in Ukraine, which had a population of about 40 million prior to the February 24 Russian invasion, according to the Energy Ministry.

READ ALSOCombat diary of a Frenchman employed in Ukraine

According to Kyiv, on Wednesday Russia fired about 70 cruise missiles into the country, of which 51 were shot down. In total, “eight energy facilities” were hit, Ukraine’s Prosecutor General Andriy Kostin said, adding that ten people died and 50 were injured. Power outages have also been felt at the front, forcing hospitals to run on emergency generators as fighting continues in the east. “If they expect us to fall on our knees and crawl towards them, that won’t happen,” Aleksey Yakovlenko, a hospital administrator in Kramatorsk, told AFP. “The leadership of Ukraine (…) has the opportunity to resolve the situation by satisfying all the demands of the Russian side and put an end to the possible suffering of the civilian population,” Kremlin spokesman Dmitry Peskov repeated on Thursday. .

Russia, which justified its war by the need to “denazify” and “demilitarize” Ukraine, which it accuses of suppressing the Russian-speaking population, in late September announced the annexation of four Ukrainian regions under partial Russian control. Moscow announced on Thursday that it has issued Russian passports to more than 80,000 residents of these four Ukrainian territories, making them “citizens of the Russian Federation.” The Prosecutor General of Ukraine, for his part, indicated that since the recapture of the north of the southern region of the Kherson region on November 11, “nine places of torture” were “discovered”, as well as “the bodies of 432 killed civilians”.