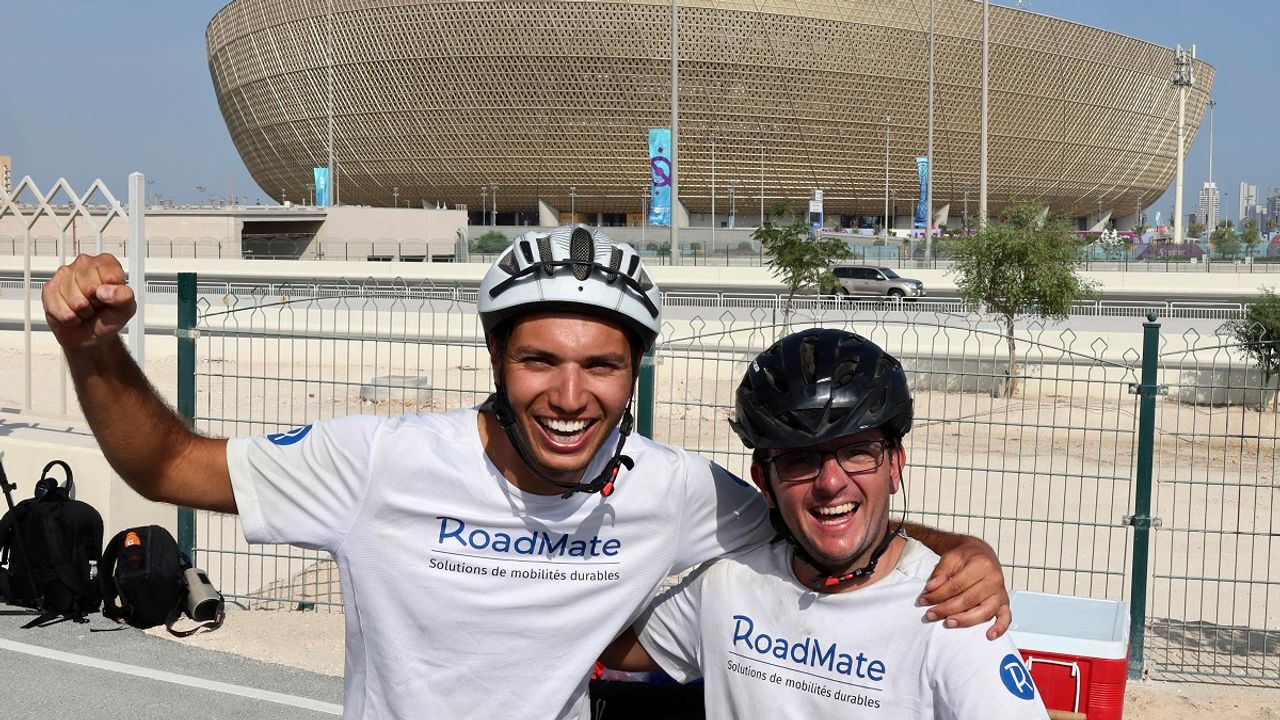 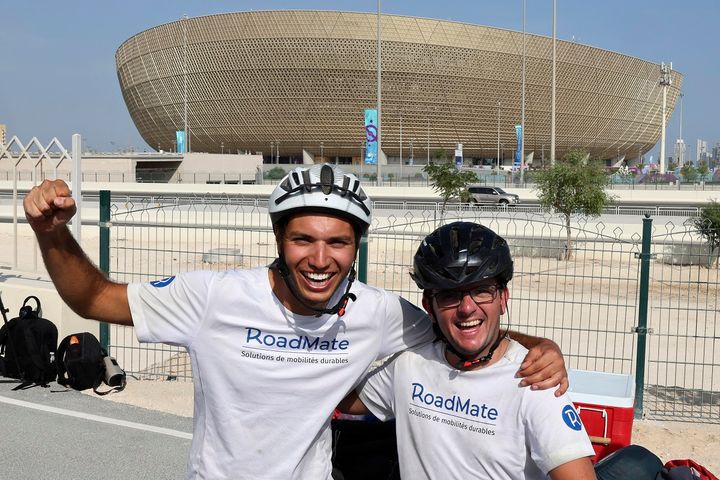 The emotion is equal to the feat. With twenty kilos of luggage each in their panniers, a flocked Blues jersey with two stars, a helmet and water bottles, Mehdi Balamissa and Gabriel Martin, 26, have won their bet: pedaling more than 7,000 kilometers since leaving the Stade de French. to Saint-Denis at the end of August and his arrival this Thursday in Doha, Qatar.

The two young Frenchmen have well deserved their welcome committee, applauded as it should be by other Blues fans, who came to attend the World Cup. “We just said to each other, we are going to go to Qatar by bike, but we never imagined all that”, says Mehdi in the TF1 JT video at the top of this article. For his part, Gabriel sees in it a whole symbol: “We went from the stage of the first star of the French team, the Stade de France, to the stage of the third star, we hope,” he said.