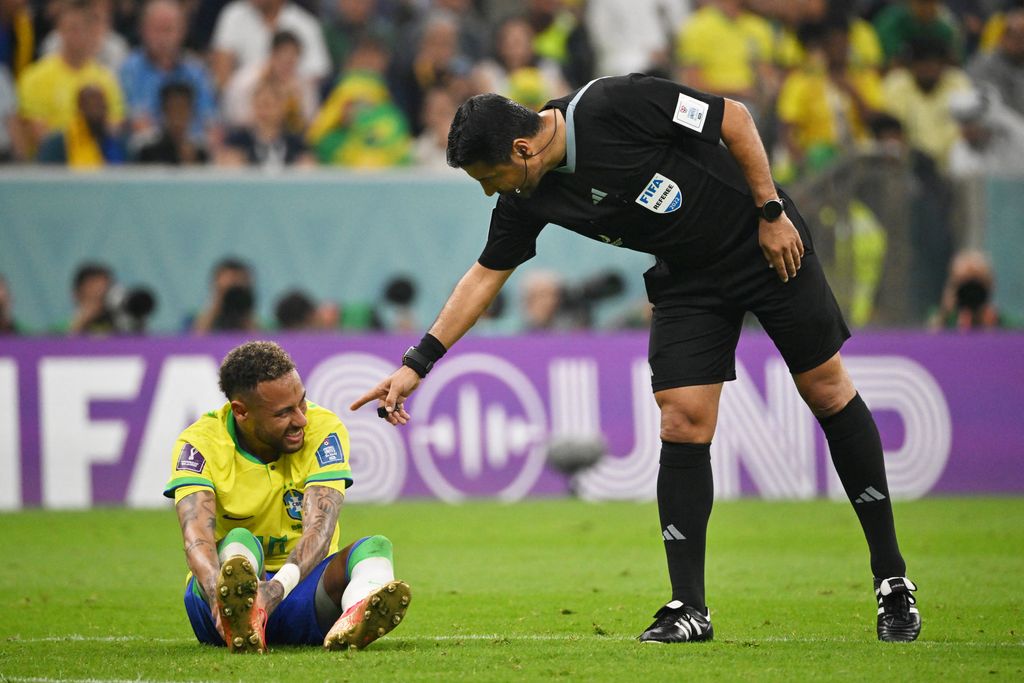 Throughout the match, the 30-year-old Brazilian was the target of numerous tackles by the Serbian players, suffering 9 fouls in 79 minutes on the pitch at Lusail Stadium. By comparison, the Spaniard Gavi was the most attacked player, with 5 fouls suffered in 90 minutes against Costa Rica.

The Serbian ninth foul on the Brazilian international was too much, which saw his right ankle sprained in a defensive tackle by Nikola Milenkovic, the same ankle that deprived him of the 2019 Copa América. At that moment, the PSG striker gave way to Antony, his face closed before burying his head in his jersey on the bench, an ice pack on his ankle and comforted by his teammates.

A few tens of minutes after the match, the verdict fell on the side of the medical staff of the Brazilian team: Neymar is the victim of a sprained right ankle, his duration of unavailability is unknown at the moment, but the Parisian striker will have to pass new tests within 24 hours to know more, as specified by the doctor from Brazil.