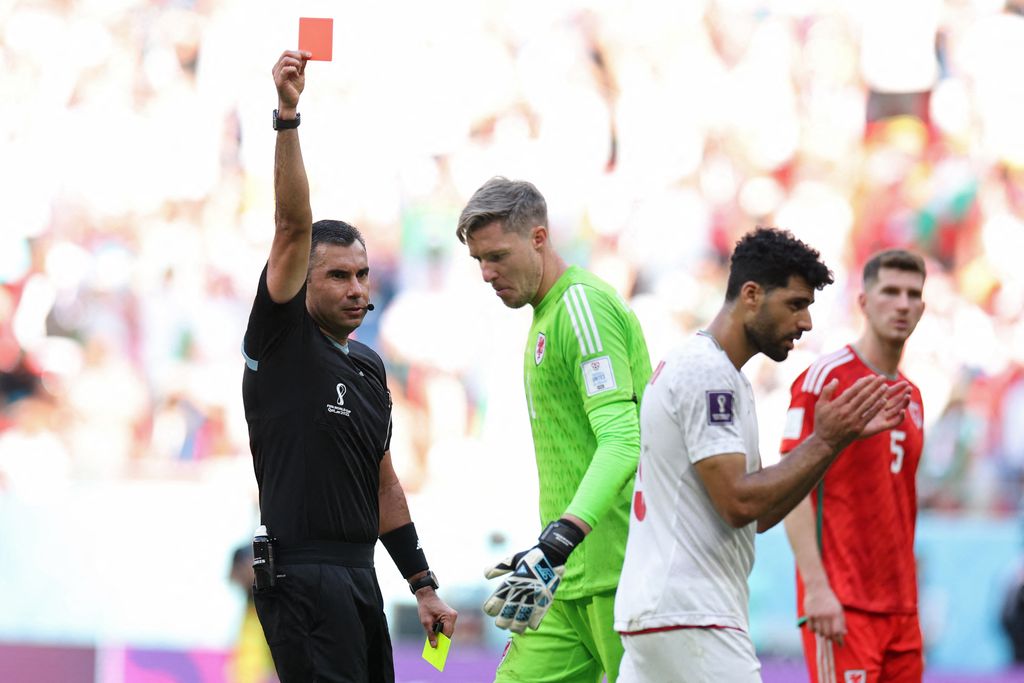 They thought they had their second point of the competition. It was without counting on a dangerous action from their goalkeeper that completely derailed the end of the Welsh match. Already the authors of a draw against the United States (1-1), Gareth Bale and his teammates could only helplessly witness the expulsion of Wayne Hennessey. In the 84th minute, when the score was still null and void, the goalkeeper left his area to make contact with Mehdi Taremi. Except the two men violently collide, the Iranian attacker remains on the ground.