What do we know about these footage of Ukrainian soldiers executing Russian soldiers? 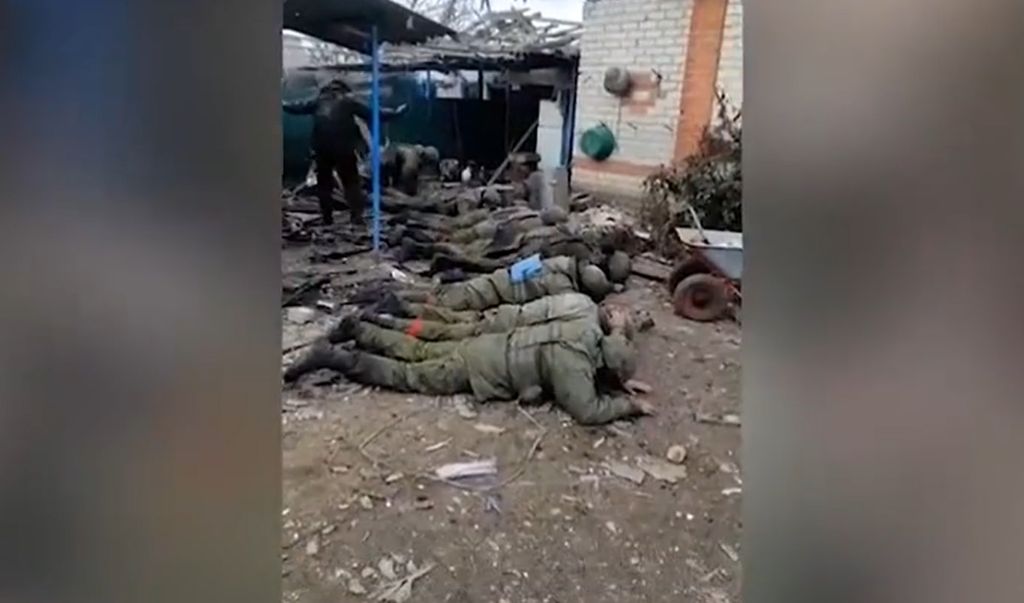 Another video taken by a soldier shows several men lying face down on the ground. Two of them are alive, the other two are not moving. They are gradually joined by four more soldiers who exit the hangar one by one. Some of them walk past the camera with their hands up. But while the Ukrainian squad looks calm, their weapons pointed towards their land, on 11ᵉ a Russian soldier walks out of the farm with their weapons raised. The pictures clearly show the smoke from the shot coming out of it. A shootout breaks out. Phone camera is flickering. A few seconds before complete darkness, we see a soldier to the left of the operator, raising his rifle towards the attacker. The video stops. The only images we have are drone images. 11 Russian bodies lie on the ground in pools of blood.