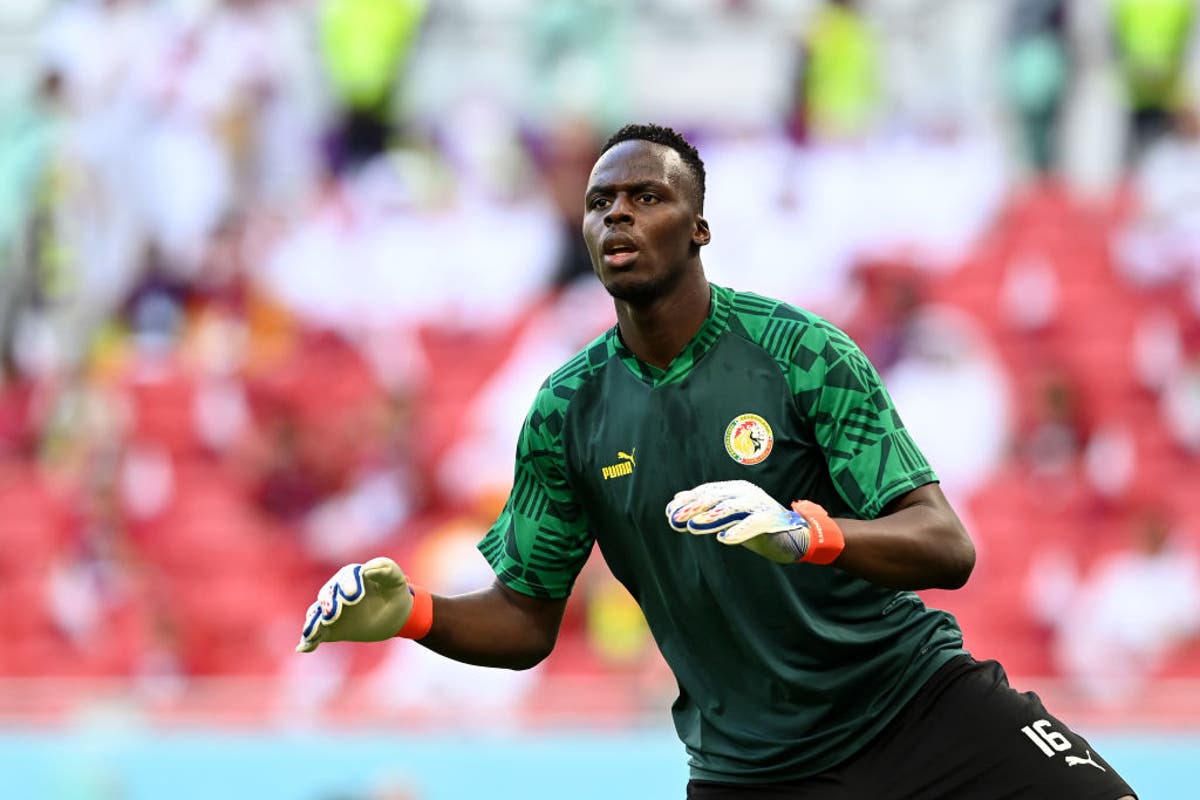 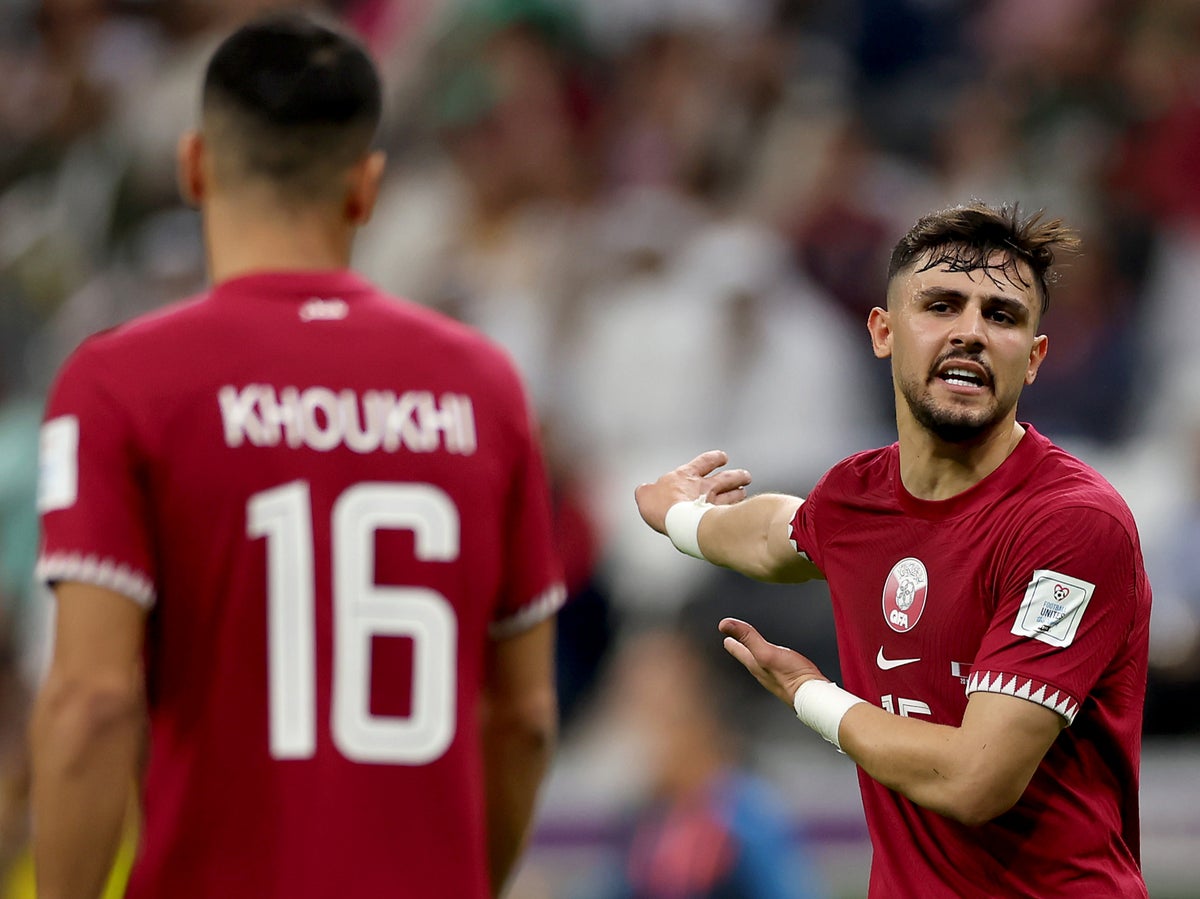 Qatar and Senegal face each other in a crucial 2022 World Cup group stage match after both sides lost their opening matches. The tournament hosts lost 2-0 to Ecuador on the opening day of the competition, while Senegal conceded two late goals to lose to the Netherlands by the same scoreline.

A win for both sides will keep them in touch with a spot in the knockout stages but the losers of today’s game are knocked out of the tournament with one group game to play. If Qatar win this afternoon it will be a major blow to the African champions who are still reeling from the absence of Sadio Mane through injury.

However, Senegal will fancy their chances to beat Qatar and keep themselves in the hunt for a place in the knockout stages. They at least looked worthy of a draw against the Netherlands, until the late goals, while the hosts were in poor form from the first whistle to the last against Ecuador.

Qatar have never beaten an African opponent, losing twice to Algeria and once to Egypt in their three attempts, and on Sunday failed to have a shot on target against Ecuador. If they have any hope of staying in the competition then they will need to drastically improve their first run.

Follow all the action from our live blog below:

Here comes the team. They stepped onto the pitch before the national anthem was played.

Qatar will become the first host country to be knocked out of the World Cup after two matches if they lose today.

The fans arrived at the Al Thumama Stadium ahead of kick off at 1pm.

On day six of the World Cup, the best of a continent may be gone. Senegal against Qatar brought together the African Cup winners against the Asian Cup winners. The losers may be eliminated with games remaining and less than a week of tournaments being played. Chances are officially the best team in the two major confederations will not make the last 16 of the World Cup.

“It’s two teams against a wall,” said Senegal manager Aliou Cisse. “We are talking about two champions, an Asian champion and an African champion, and you can imagine how important that is. If you lose the opening game, you face a brick wall. However, we have experience and we have played another difficult game under the same level of stress and intensity. We know we have to work hard and put everything together for that victory.”

Qatar will want to prove they can compete at the highest level when they take on Senegal, coach Felix Sanchez said ahead of what could derail their World Cup hopes.

The Asian champions will be hoping not to become the second hosts to be eliminated in the first round of the finals after South Africa in 2010.

Qatar lost 2-0 to Ecuador in the opening game of the tournament after a disappointing showing, causing many fans to leave the stadium 20 minutes before the end.

“Hopefully we can play free and without pressure and be better than what happened in the first game, this team has a point to prove,” Sanchez told a news conference.

“Games are controlled by many factors, but the most important thing is to give your best, in the World Cup if you don’t give your best you will be punished.”

If this game ends in a draw, we will know who is the first team to be eliminated from the World Cup. Qatar and Senegal both lost their opening games and were in danger of being kicked out of the tournament.

A loss this afternoon for either team will leave them resigned to that fate, but a win will move them ever closer to the knockout stages.

Senegal come into the game as big favorites especially after their fine display against the Netherlands but Qatar have made a few changes – including changing goalkeeper – which they hope will provide more of a threat to the African champions.

Senegal centre-back Kalidou Koulibaly, who was also Edouard Mendy’s team-mate at Chelsea, said people were overreacting to the keeper’s display.

“We play at the same club and we are also brothers for Senegal, Edouard is a very important player for us, it’s normal to go through difficult phases – I think we made mountains out of mole hills here,” he said.

Senegal, missing its best attacking talent after Sadio Mane was injured ahead of the tournament, were crowned African champions by beating Egypt on penalties in February, while Friday’s opponents Qatar are Asian champions.

Cisse’s side were eliminated in the group stage four years ago and could not have been better off had they not won on Friday.

“We have our backs to the wall but we are Lions, Lions of Teranga,” said Koulibaly.

Senegal coach Aliou Cisse has full faith in goalkeeper Edouard Mendy despite a rocky start to his World Cup campaign.

Mendy, who Cisse said was determined and started for the second Group A game against Qatar on Friday, was arguably at fault for both goals in his side’s opening 2-0 defeat to the Netherlands.

The defeat left the African champions working hard to qualify from a group that also included the Ecuador side who beat hosts Qatar in their opening game.

His place in the Senegalese team, however, is not threatened, with Cisse confident in his keeper’s mental fortitude.

“Edouard’s quality speaks for itself, I don’t think anyone doubts him, sometimes he is high, sometimes he is low, he has my complete trust, my blind trust and the trust of his team-mates. Tomorrow he will be on the pitch.”

“Senegal cannot replace Sadio Mane at the World Cup, and if that wasn’t already clear, it has now been underlined unequivocally. As Senegal and the Netherlands were dragged into a match that required a moment of individual inspiration, the Lions of Teranga lost their firepower. This was Senegal’s chance against a Dutch side who failed to impress and deliver on their promises, but the opening was closed as Cody Gakpo found space between Edouard Mendy and their defensive line.

“Any team will miss a player of Mane’s class and status but it is a pain only Senegal can feel in Qatar. “He is our best player, a leader in that regard,” said their manager Aliou Cisse, as news sank that the country’s talisman, record goalscorer and hero of the most important moments in their football history would be sidelined due to injury. It was the cruelest blow ahead of a tournament where Senegal, African champions, are dreaming of making a breakthrough. Mane’s injury made the task even more difficult, and now even more impossible.”

“Rising from the desert and out of nothingness, Al-Bayt Stadium provides such a captivating sight that it made it a symbolic choice to host the opening game of the first World Cup ever staged in the Middle East. For Al-Bayt, perhaps, read Qatar, driven to fame because of his vast resources and great ambition, displaying it through football.

“Al-Bayt’s roof mimics a Bedouin tent rather than, say, the Bet365 Stadium in Stoke, giving it a local feel. Outside, there is a parade of camels, all ridden by men in thawbs, to greet visitors. For the avoidance of doubt, it’s also something rarely seen at Stoke, even if Tony Pulis might appreciate the camel’s ability to intimidate.

“On a night that offers an illustration of what the $220 billion Qatar does and does not buy, the first impression, of Al-Bayt as it seems, is perhaps the most impressive. A spectacular light show and impeccably staged fireworks display followed, but Qatar provided neither the performance the hosts needed nor the logistical competence to ensure everything ran smoothly.