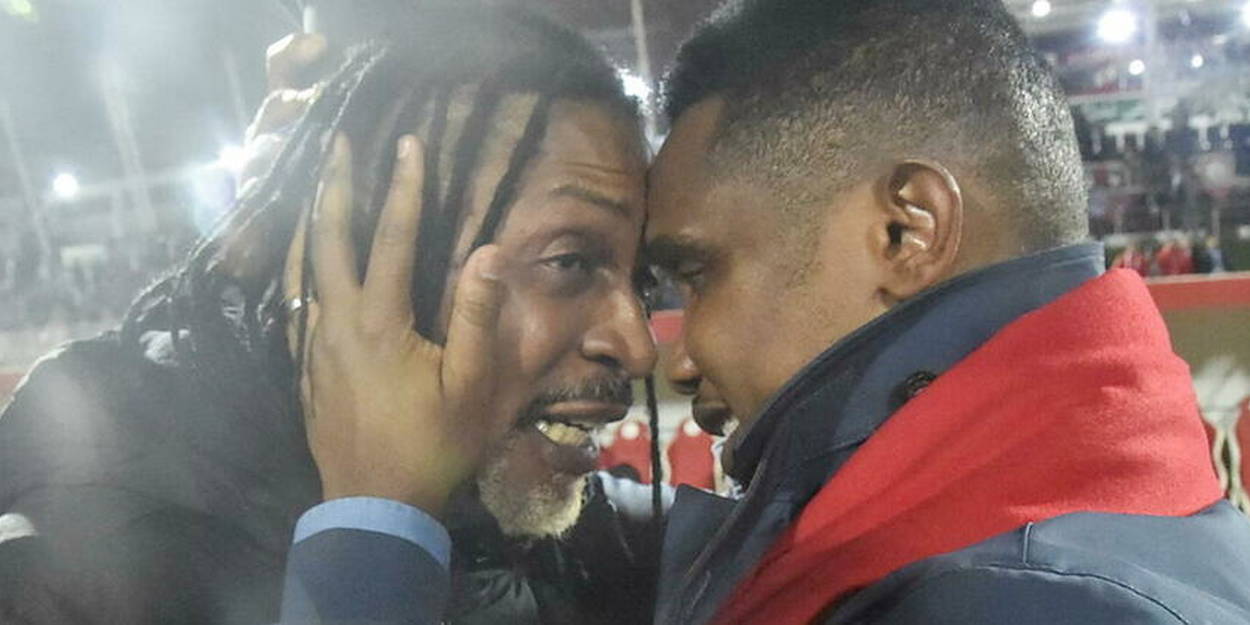 meWe really will have to do everything possible to qualify for the second round, but when we see how the Indomitable Lions qualified for the World Cup, with former African champions Algeria, it is not unreasonable to dream. In fact, since they are the main outsiders of this group G, the Cameroonian players could benefit from the experience and perhaps even the baraka of the president of the Cameroonian Football Federation (Fecafoot), Samuel Eto’o, and that of their coach. , the mythical Rigobert. I sing, to sublimate and create surprise. But caveats abound.

The African tour carried out by Brazil (3-0 and 5-1 victories against Tunisia and Ghana) during the international break in September had a single objective: to prepare as well as possible for the match against the Indomitable Lions in the World Cup in Qatar. The Seleçao, who have been chasing their sixth star for twenty years, do not take any detail lightly and want to mark the front door to win this title that is missing from the generation of Neymar and company.

Switzerland, a Eurocup quarterfinalist and on the rise for several years, recently defeated Spain (1-2) in a match scoring for the League of Nations.

Serbia, a potential big surprise at this World Cup, led by its striker Aleksandar Mitrovic, seems more oiled and united than ever and is on a run of very good performances. So naturally, the 2-0 loss to Uzbekistan and the other 1-0 loss to South Korea with a goal from Tottenham star Heung-min Son could raise questions from the general public after the international matches window. of September.

READ ALSOCameroon shuts down Algeria and flies to Qatar

Eto’o, Milla: the first followers of the Indomitable Lions

However, nothing to worry about Fecafoot president Samuel Eto’o, who organizes the bloc around his team. “The defeat? It’s not the most important thing for us. What we wanted to see, we saw. It was much more the team’s reaction. And, for the first time, I wanted to see the Cameroon team lose, knowing that we have our goal, that is to exit the competition on December 18 in Doha. [jour de la finale du Mondial, NDLR]. When I talk about leaving the competition on the 18th, it means that we don’t lose sight of our objective. Because it is possible. But, to achieve this, obviously, you have to see how the group reacts to difficulties. We didn’t have a lot of time to see that band and as I said in the locker room, I congratulate that band because I saw positive reactions. When you want to live together, the group has to be humanly good. »

The same story as the legendary Roger Milla, for whom no conclusions should be drawn about the results of the preparation matches: “Don’t judge Song or Samuel Eto’o. Cameroon knows who will start and who will replace. We don’t have to expose our game system or our best players. Germany sent their substitute team to play a friendly with Cameroon, we had made it 2-2. During the World Cup (2014), that same Germany brought out its type team and saw 7-1 against Brazil. The preparation matches are not the reality of the World Cup. It’s just a reset. Whoever reveals all his football before serious things may regret it when the time comes. This is an opportunity to test new players to see if they don’t have the complex of different colored footballers. Only detractors criticize this type of defeat. »

READ ALSOWorld Dam 2022: impossible not to be a Cameroonian!

Ngadeu, absent from the World Cup

That said, the September window was marked by the return of the 2017 CAN winners: Nicolas Nkoulou (ex-OM defender) and Georges Mandjeck (ex-Rennes midfielder, now at Famagusta), retired from the national team since 2017 and 2019.

Among them, Nkoulou, Mbeumo, Nkoudou, Ntcham, Bosse and Wooh are on the final list that will make the trip to Qatar.

Although these players add to a backbone that emerged during the CAN, to everyone’s surprise, the notable absentee from this list is Gantoise’s central defender, Michael Ngadeu, African champion in 2017, the national team’s framer since 2016, and even captain of the team. selection several times. Still a starter in the CAN, he continued to be fundamental during the World Cup play-offs against Algeria, and he even signed Toko Ekambi as the decisive passer for the World Cup qualifying goal.

In addition, this non-selection is not justified due to lack of time at the club, since it is essential on the Gantoise side. Therefore, we can ask ourselves. His experience was crucial in a role where Ebosse and Wooh are relatively new, while Nkoulou is no longer necessarily at the level he displayed in the 2010s. Having made his mark to the point of becoming a starter from CAN, Nantes Jean -Charles Castelletto has the opportunity to naturally become the leader of the Cameroonian defense.

What chemistry for the Indomitable Lions?

This large influx of new players, significant additions on a qualitative level, raises the question of team chemistry. With only one warm-up game before the World Cup, the ability to integrate into the game project will be crucial for Rigobert Song. Except in September, there will be Choupo-Moting, increasingly important at Bayern Munich, and the former Marseille player Zambo Anguissa, author of a very good start to the season for Napoli. Often criticized, the latter remains an essential player for the Cameroonian midfield as expectations are high around him.

Finally, surprises from the chef, Rigobert Song wanted to highlight domestic football, which has recovered popular enthusiasm since last season, by including two players playing in the country. In this case, Souaibou Marou, striker for Coton Sport, chosen the Cameroonian Ballon d’Or 2022, awarded as the best player in the country, and Jérôme Ngom, a 24-year-old winger who plays for Apejes. Returning to his training club after experiences in the Czech Republic and the United States, he caught the coach’s attention during the regrouping of the last few days. Election paid, therefore.

It should be noted that there are thirteen players trained in the country, including four from the seventeen-time Cameroonian champions: Coton Sport, represented by Aboubakar, Zambo Anguissa, Marou and Ngamaleu (who completed his training there).

Will the hazard theory make a difference?

At five games, two wins, three losses, Rigobert Song’s record may not be flattering, but the competition is the only meaningful indicator on which conclusions can be drawn. For Samuel Eto’o there are no limits to set, quite the opposite: “I believe that, to win the World Cup, you don’t have to be monsters or aliens. It takes good preparation, a strong mentality and a dash of madness. I always take Inter Milan as an example: nobody at the start of the 2009-2010 season thought we could win the Champions League and Mourinho did something crazy, with a group of men and warriors. I would like something like that for Cameroon too. »

Naturally, when it comes to the World Cup and considering the adversity Cameroon will face early on, this sense of urgency is in order. “When you know you are in danger, you are no longer in danger! It’s when you don’t know you’re in danger that you’re in danger. Rigobert Song’s famous phrase could not be more true on the eve of the World Cup and the siege mentality is essential to raise the level of demand of Vincent Aboubakar’s teammates to face the competition without complexes and be able to upset all the forecasts, as Cameroon did. had done in 1982 and 1990.