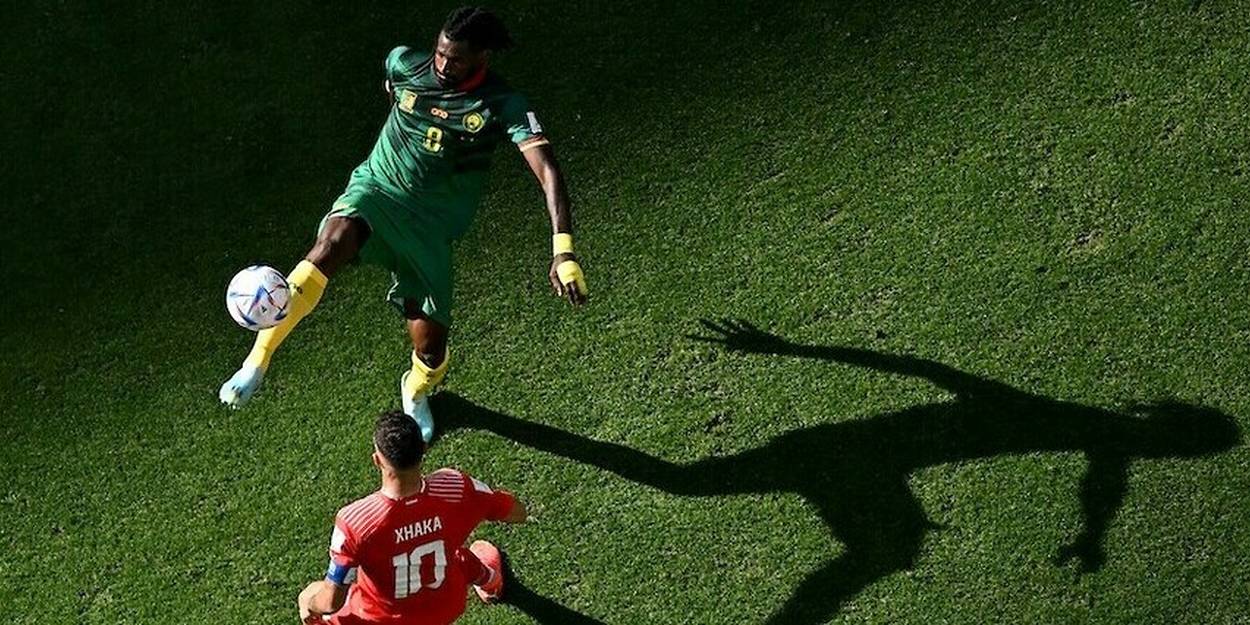 VS’It is the eighth consecutive World Cup loss for the Indomitable Lions, who lost to a goal from Cameroonian-born striker Breel Embolo, and are stuck at the starting blocks, in a very close Group G of the World Cup in 2022. noted with Brazil and Serbia. The “Nati” remains in the race. In the next game “against Brazil, we may have to defend a little more, but this victory gives us confidence”, assesses coach Murat Yakin.

Embolo, a Yaoundé-born Balois, celebrated his goal as modestly as possible, raising his arms to the sky in celebration and palms forward in apology. “It’s a dream. I’m extremely proud for me and my family,” said the player, who spoke in German, shortly after the match. “We’re happy to start the tournament like this, congratulations to my team. And I wish Cameroon all the best.” . »

This goal owes a lot to former Nati: a switch from Granit Xhaka to Xherdan Shaqiri, whose perfectly tuned centre-back found the AS Monaco striker (48me). “We played with a lot of maturity,” observes Yakin. “We are a team that know each other well, we have been playing together for a long time. »

But the Cameroonians can blame themselves far more than Embolo for wasting their chances in the first half.

The Lions created the first chances, behind right-back Silvan Widmer. But Bryan Mbeumo misplaced his sights (10me) and Eric-Maxim Choupo-Moting passed into the hands of Manuel Akanji (14me). Then Martin Hongla was blocked by Yann Sommer (30me).

The Cameroonian attackers did not have the efficiency of their glorious elder Roger Milla, honored before kick-off as the oldest goalscorer in World Cup history by Fifa president Gianni Infantino. Milla had dazzled in the 1990 World Cup with four goals, and scored one last goal at the age of 42 in 1994. The last goalscorer for the Lions in a World Cup is still Joël Matip, who drew briefly against Brazil (4-1) in Brasilia in 2014, before another defeat.

Switzerland, for a long time, remained inoffensive, dangerous especially from set pieces, with headers from the hinge to corners, Nico Elvedi (40me) then Akanji (45me + 1).

Murat Yakin’s 4-2-3-1 center forward Breel Embolo, who played against his home soil, was physically outmatched by central hinge Nicolas Nkoulou-Jean-Charles Castelletto. The Nantes player made a superb and risky tackle to steal a goal ball from the Swiss striker (40me).

The Swiss striker BREEL EMBOLO ���� refuses to celebrate his goal scored in the World Cup against Cameroon ���� his country of origin pic.twitter.com/N0zp7EPedn

On his left side, Bryan Mbeumo in particular missed his match, impressed by the event.

Clearly dominated in the first half, the Swiss scored as soon as they returned from the locker room. They had a KO from Ruben Vargas, but André Onana made a magnificent save (66me).

After Embolo’s goal, the Cameroonians were hardly more dangerous, like the rest of the African teams. “After the game, I congratulated Breel on his attitude after his goal because he and I are friends and we have a bit of the same history,” said Jean-Pierre Nsamé, the Indomitable Lions striker, who played for a long time. in Switzerland, at the Young Boys Berne. “He was born in Cameroon and I spent a lot of time in Switzerland. He is humble. I told him that if he had scored, he would have done the same, ”added the top scorer in the 2020 and 2021 Swiss championship, who had taken his place on the Indomitable Lions bench. The Cameroonian coach, Rigobert Song, also “congratulates him”: “We have to keep the game fair, it is not because we lost that we will no longer be brothers. »

Cameroon still enjoys a huge likability rating from Milla’s dance steps at the corner post, but they’ve only won one World Cup match since then. It was in 2002, against Saudi Arabia (1-0), with a goal from the current president of the federation (Fécafoot), Samuel Eto’o, who put a lot of pressure on his team when talking about winning the World Cup. We should finally win the next game, on Monday against Serbia…

While Asia shines with the victories of Saudi Arabia over Argentina (2-1) and Japan over Germany (2-1), the CAF representatives have yet to score a single goal in Qatar.

READ ALSOWorld Dam 2022: impossible not to be a Cameroonian!